Cons: …oh, it’s another one of shows…

Midway through a third season of Mountain Monsters that’s proven to be the most absurd yet, the Destination America channel has unleashed a mostly straight-faced program dealing with mysteries and monsters that provides an alternate to watching supposed investigator “Wild Bill” Neff grill corn on the engine block in his Ford or explain his tendency to name his push mowers after American presidents. Though its name might indicate that it falls more in line with the many “Ghost Hunter” shows out there, True Supernatural has more in common with Science Channel’s The Unexplained Files since it seems to be more wide-reaching in its approach, tackling most any subject that exists outside the realms of normal explanation. 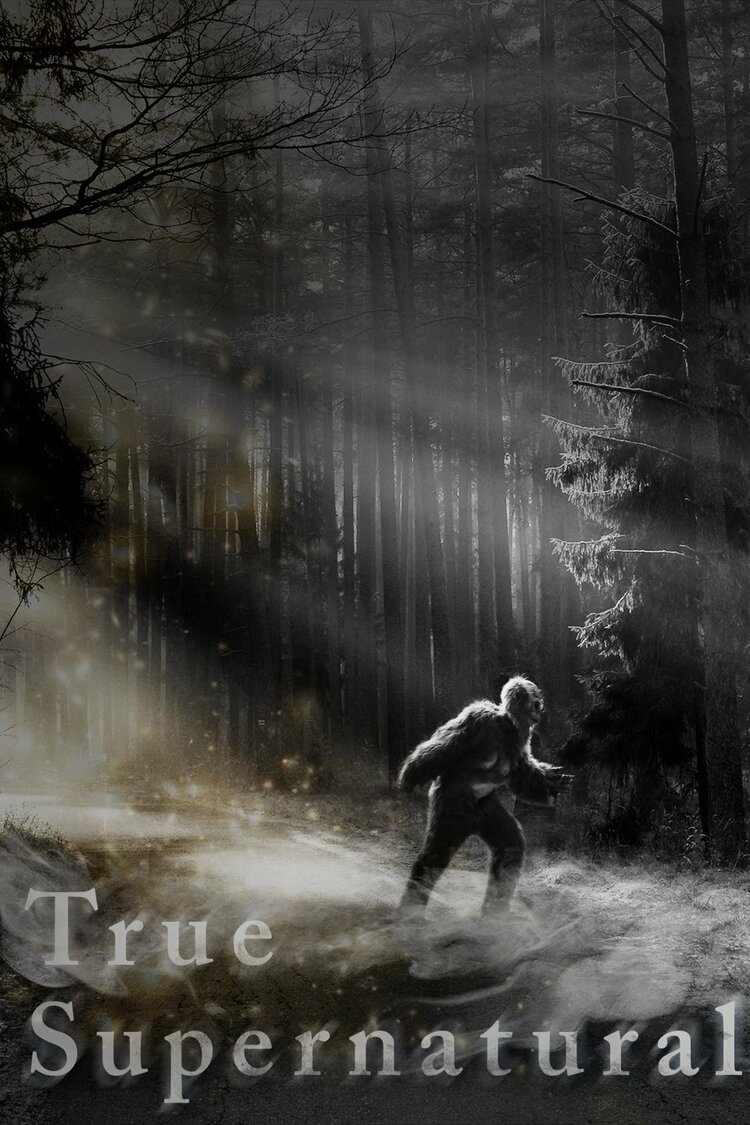 Gee…d’ya suppose they’re going to drag out that dead “Chupacabra” again at some point?

Featuring the usual assortment of reenactments, talking head interviews and a spattering of actual “evidence,” the series premiered on April 8, 2015 with an episode that covered a pair of stories, at least one of which should be very familiar to paranormal enthusiasts – the alien abduction case of Betty and Barney Hill. Occurring in 1961, this incident is regarded as the first of its kind, and the program does its part to provide a (relatively toned-down) crash course in the particulars of the case. The other point of focus for the debut episode is the so-called “Rocky Mountain Demon Wolf.” After years of anecdotal reports, many of which came from AmerIndians, a bizarre, hyena-like creature actually was shot and killed in the late 1800s. After being lost for decades, the preserved carcass of the creature was recently rediscovered, leading to renewed interest in trying to identify the beast.

You’d have that morose too if you’d been kidnapped by aliens….

Like many other modern Unsolved Mystery-type programs, a main idea of True Supernatural is to apply science to these enigmatic stories. In the case of the Hill abduction, this mainly involves DNA analysis of the dress that Betty was wearing when the alleged abduction occurred. Past examinations of the article have revealed strange, pink-colored stains in certain areas which were reportedly handled by the extraterrestrial beings, yet new scientific techniques may be able to provide new information and maybe even an explanation as to what actually occurred more than five decades ago. The carcass of the “demon wolf” is also subjected to expert analysis during the course of this episode, although a squabble over ownership of the specimen has hampered efforts to test the remains. 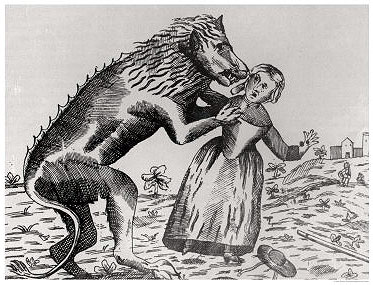 The Beast of Gevaudan which terrorized France in the 1700s – could the “demon wolf” killed in the late 1800s be a similar, unknown creature?

While all this actual science sounds great – and believe you me, the narration throughout the program does its best to “sell” the potential bombshells that analysis could reveal, I don’t think I’m really giving anything away by revealing that nothing much comes out of any of the hoopla put forth in the show. As is standard with regard to this type of speculative documentary, a viewer is left with more questions than definitive answers once everything is said and done – which isn’t necessarily a bad call considering how willing some people are to declare that a conspiracy is going on if science doesn’t provide the answers that they are looking for. If True Supernatural finishes things off by not explaining everything, all possibilities still exist…which means that the believers out there can keep on believing.

Another area in which True Supernatural is quite similar to other programs of this sort is in its choice of subject matter. Browsing a brief list of future episodes, it seems like the producers have chosen to cover a nice variety of topics, alternating between stories about genuine mysteries and ones dealing with unknown creatures such as Bigfoot. Considering how popular monster/cryptozoology shows have been in recent years, this seems like a good call, but I’m forced to again go back to a point I’ve made before: how many times can these programs cover the same sorts of material? Is there honestly anything new to be added to these arguments…or perhaps I should ask whether additional scientific testing will reveal anything earth-shattering. In covering the same topics that have been explored elsewhere, True Supernatural, like many shows before it, seems mostly to be recycling material, which doesn’t much make for ground-breaking television as far as I’m concerned.

What is somewhat new is this program’s format: instead of using the usual investigative report format in which the show is broken down into separate segments, True Supernatural presents both stories covered in its episodes concurrently. This does mix up the (very tiresome) formula one might expect in a show of this nature, but I don’t think it’s an especially effective way to relate information. The debut episode seemed a bit awkward as it randomly switched back and forth between its topics, and I also found that the omnipresent narration was extremely repetitive, apparently designed specifically for viewers made brain-dead through exposure to too much awful reality television. To be completely honest, this program drags significantly and seems almost entirely to be composed of material that’s little more than glorified filler. Once the background information into the Hill case and demon wolf was presented, the episode proceeded to repeat information ad nauseum in an attempt to build anticipation for a “big reveal” moment that simply didn’t materialize nor actually provide any new information. The question then becomes why anyone would waste an hour watching a show that could easily cram its information and arguments into about a fifteen minute block.

If anything has been proven over the years since In Search Of…, it’s that so-called “paranormal television” provides a reliable – and increasingly easy – way to get butts in the seat. Hell, even if most of these shows are complete bunk and aren’t at all what I would label as being good television, I can’t help but be fascinated by the subjects they cover. In the end then, I suppose that True Supernatural provides a viewer with exactly what he would want from a show of this nature. It’s not a great series by a long shot and almost certainly won’t solve any longstanding mysteries as it goes along, but there’s no doubt it would appeal to curious viewers.