THOUGH DESERVING OF THE BEST PICTURE NOD, BIRDMAN IS AN ODD CHOICE…

BIRDMAN or (THE UNEXPECTED VIRTUE OF IGNORANCE)

Pros: A masterpiece of concept and execution, with strong acting, visuals, script, and music

Cons: Definitely not for all tastes

An extremely quirky, definitively odd film along the lines of Being John Malkovich, 2014’s Birdman or (The Unexpected Virtue of Ignorance) is in many ways, about as strange a choice for Best Picture as could be imagined. Here’s a film (the fifth from director Alejandro González Iñárritu who previously had made the outstanding but downbeat Amores Perros, 21 Grams, and Babel) that boasts terrific acting, a sharp script, and is technically astounding, yet would have absolutely no appeal to anyone aside from the arthouse crowd: the kind of flick that audiences of “normal people” would not only be bored by, but actually scoff at. Appearing to be filmed in one continuous take, the film deals with a movie star named Riggan Thompson who made a name for himself years ago playing the titular superhero in a series of films. 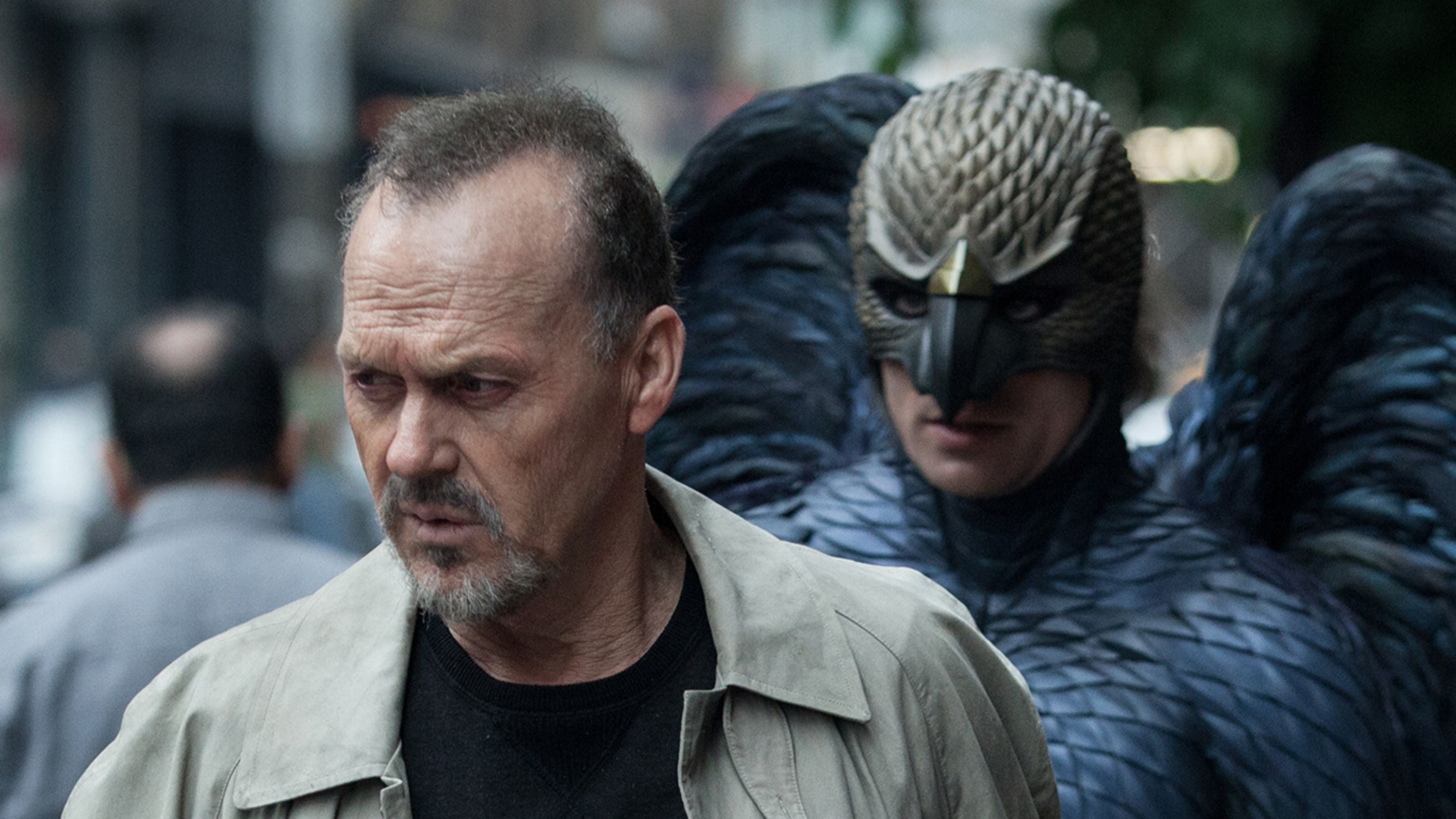 Michael Keaton as Thompson, existing in the shadow of the role he’s best known for.

That success is long behind Thompson as the film begins however, and in an effort to burst back into the spotlight, he’s in the process of staging a Broadway play based on a short story by Raymond Carver. Acting as the play’s writer, director, and star, Thompson can only watch as he’s upstaged by a pompous method actor named Mike Shiner who joins the production as a last minute replacement for a leading cast member. All the while struggling to make the play a success, Thompson appears to be bordering on outright insanity: he’s harassed by the voice of the “Birdman” character who seems to be the manifestation of his own ego, and also imagines himself performing various telekinetic feats. What’s real and what’s imagined are more or less left up to the viewer to decide, but the real question is whether or not Thompson can manage to stay relevant in a world that’s all but passed him by.

One memorable scene finds Thompson, wearing only a pair of briefs, running through a crowded Time Square.

Written by a quartet of writers (director González Iñárritu along with Nicolás Giacobone,Alexander Dinelaris, Jr., and Armando Bó), Birdman is downright bizarre, inserting the viewer immediately into a potentially baffling story which takes some time to get used to. Filmed by Emmanuel Lubezki, the film has about zero downtime: there are no noticeable edits in the picture, and the camera relentlessly flows through individual scenes to show other events taking place, jumping ahead in time at random. In the end, this creates an extremely immersive viewing experience, but it also makes for challenging viewing. A viewer really has to buy into, accept, and follow the director’s vision to really enjoy or even appreciate what this film has to offer.

In terms of cinematography technique and individual visuals, this film is extraordinary.

Those used to experimental or arthouse cinema would likely be willing to roll with the punches Birdman offers, but general audiences might get completely lost and frustrated by what they’re seeing. At a certain point, I could almost believe that the writers and director did some of this intentionally: since the film not only doesn’t spell things out for the viewer but also pokes fun at modern Hollywood’s fascination with superhero movies while acting as a far-reaching commentary and satire dealing with celebrity culture, the prevalence of social media, and the nature of criticism, confusing and indeed jettisoning the mainstream crowd early on is actually a good idea that might just ensure the remaining viewers would at least be open-minded enough to think about and understand what they’re seeing. 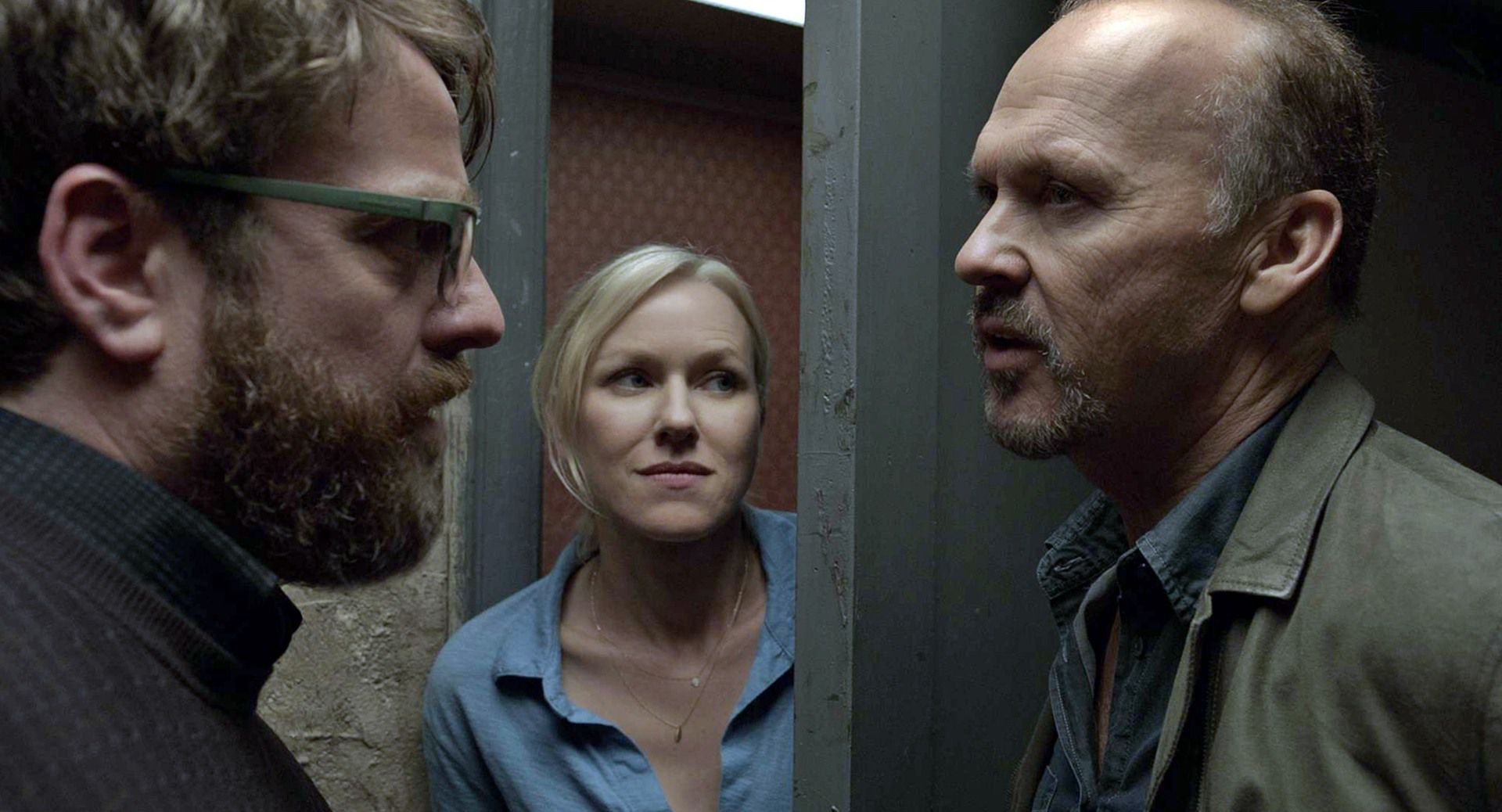 Though Birdman will undoubtedly alienate many, the audience entering with at least a working knowledge of acting and theatre and/or who fancy themselves creative to some capacity will get a kick out of it. The picture goes a long way in capturing the mindset of the artist, and is especially fascinating in detailing the way in which they exist and act in the context of a modern society that’s increasingly fascinated with all things celebrity. Riggan Thompson may well be delusional, and definitely is troubled: the film explicitly deals with his many, many insecurities as an artist, actor, and general human being. Isn’t the public equally as delusional to become obsessed with he or any other famous person though? It’s pretty clear to me that this is a pitch black comedy which questions the public’s infatuation with stardom, but the writers are clever enough that this aspect of the film isn’t obvious. On some level, the film is quite sad in depicting how stars are used and abused by the society that made them: Kevin Mazur’s 2012 documentary $ellebrity explored the same range of topics, but lacked the focus, punch, and inspiration that Birdman has. In my opinion, the sorts of questions raised by these films more and more need to be asked and pondered as the public at large loses touch with reality in favor of worrying about information and people who really have no bearing on much of anything that’s going on around them. Dealing with this sort of material in as imaginative and provocative a manner as González Iñárritu does seems like a bonus.

The inevitable showdown between Thompson and Shiner (played by Edward Norton) is one of the film’s major plot points.

As a film, Birdman is genuinely extraordinary. Acting across the board is very strong, with Michael Keaton (playing a role that’s quite obviously patterned after his real life) turning in phenomenal work as Thompson. I’ve never quite understood why Keaton virtually dropped off the map in the ‘90s, and hopefully this film will have the same effect on his stagnant career as what his character was looking for in the story. In supporting roles, Edward Norton gets to shows his own chops playing the abrasive method actor Shiner (one gets the feel this character may have been patterned after some real-life “eccentric” performers), Naomi Watts is somewhat underutilized as a first-time Broadway actress who’s romantically involved with Shiner, and Emma Stone makes a strong impression as Thompson’s strung-out daughter and assistant. Photography throughout the picture is absolutely astounding: since the entire production was filmed in extended takes, I can only imagine the meticulous, across-the-board pre-production and planning that went into this. Though it’s more impressive due to its cumulative, overall effect, there are still some fantastic individual sequences to be found here: I loved a moment in which the climax of Thompson’s play is heard taking place while the camera roams the hallways backstage, and a scene in which the actor’s superhero fantasies boil over into the real world in a big way is also quite memorable. A final winning aspect of Birdman is jazz musician Antonio Sánchez’s score: made up almost entirely of drum rolls and staccato percussion accents, it adds an interesting dynamic and considerable energy to the piece.

Emma Stone during the film’s ambiguous – and I would say classy – ending.

I recently read an article in Time magazine that made a case for the Academy Awards creating separate categories for, essentially, “entertainment” pictures and “arthouse” films, and I think that’s a legitimate point that seems to pop up every few years (and especially after a particularly baffling award recipient). Birdman may wind up being one of the more divisive Best Picture recipients – at the time of this writing, the film enjoys just a 2.5 star rating on Amazon, which frankly isn’t very surprising all things considered. This seems to have won the 2014 Best Picture Oscar primarily because it was so flawlessly made from a technical standpoint and had a lot to say about acting, the creative process, and modern life. Hell, it was hard for me as a half-ass critic not to like a movie which pokes fun at the (very pretentious) institution of criticism: one of the quotes used in the film states that “A man becomes a critic when he cannot be a artist (sic), the same way that a man becomes an informer when he cannot be a soldier.” Ouch! Smart and quietly amusing with an especially ambiguous ending, Birdman is not a film for those who enjoy lots of explosions and eye-popping visuals even if it has its own amazing visual sense, but the more intellectual crowd will probably dig this movie a lot. I’d be willing to call it a technical marvel and near-masterpiece, but it clearly wouldn’t be to everyone’s liking.

Blu-ray release includes a half-hour making-of feature and a fifteen-minute conversation between the director and star Keaton, as well as a photo gallery.

8/10 : This very bizarre movie will be right up some viewers’ alley but will alienate many others.

“People, they love blood. They love action. Not this talky, depressing, philosophical bullshit.”