GONE GIRL: SOUNDTRACK FROM THE MOTION PICTURE by Trent Reznor and Atticus Ross

Cons: Overlong – the final handful of tracks here are forgettable

Though it’s perhaps one of the most polarizing projects in the repertoire of Trent Reznor, the 2008 release Ghosts I-IV (from Reznor’s main musical project Nine Inch Nails) is likely to be regarded as one of the most important of his career. By the late 2000s, I had all but lost interest in NiN, a band whose earlier albums up to and including 1999’s The Fragile I had enjoyed immensely. Reznor seemed to hit a bit of a creative brick wall on 2005’s With Teeth, and even subsequent album Year Zero didn’t do much to restore my faith in the artist’s ability. It almost seemed to me around this time that Nine Inch Nails, a band I had once regarded as primarily being a studio group due to Reznor’s production brilliance, became more for me a band that put on a good live show. Ghosts went in a completely different direction from what NiN had previously been about however, and revitalized the project as far as I’m concerned.

This Ghosts artwork seems appropriate considering how the album sounds.

While Reznor frequently dabbled with instrumental work on his previous releases (I might even be inclined to label a few of his vocal-less tracks as some of his best), Ghosts was a true behemoth: a double album of dark ambient music which led directly to working with collaborator Atticus Ross on a series of film scores for director David Fincher. For my money, the soundtracks Reznor and Ross produced for 2010’s The Social Network and 2011’s The Girl with the Dragon Tattoo were some of the best material that Reznor had worked on in years – much more exciting than anything his How to Destroy Angels side project was doing, and better than the music heard on 2013’s uneven Hesitation Marks, his “return” album as Nine Inch Nails.

The latest Reznor/Ross soundtrack collaboration was produced for the 2014 film Gone Girl, an unsettling drama which follows a man’s life after his wife disappears, and the collective musical sensibilities and talents of the composers seem a good match for this type of material. Reznor, after all, had been dealing with themes of loss, frustration, and despair for years in his work as Nine Inch Nails, and Ross had been in the studio for the last several of those albums prior to the soundtrack collaborations. While I was prepared for the underlying sense of tension and mystery that pervades and indeed pulses throughout the Gone Girl soundtrack, I was a little surprised by the fact that the less downright bleak tracks here fall in line nicely with the minimalistic ambient music that Brian Eno had pioneered in the early 1970s and Aphex Twin had made in the early ‘90s as part of his Selected Ambient Works series. In the end, the Reznor/Ross soundtrack is not only impressive as a compliment to the motion picture it came from, but a satisfying album of music in its own right.

Reznor (left) and Ross at work in the studio.

Strictly instrumental, the Gone Girl soundtrack features two dozen tracks. The majority of these fall in the two to four minute range: brief musical passages presumably designed to accompany specific scenes in the film. If there’s one thing I could say about the album it’s that the majority of tracks here are rather incidental and seem to revolve around a single theme or motif. That’s not necessarily a bad thing; in fact it’s precisely what one would expect from a film soundtrack. Film music is most often designed to inconspicuously create mood or atmosphere, but the downside to this (as might be expected) is that the Gone Girl soundtrack only contains a handful of tracks that I would categorize as being more “complete” pieces of music. One such piece is “Technically Missing,” a driving track around the album’s halfway point which may as well have been an instrumental outtake from a NiN album. Other than this, it seems that the album alternates between shorter tracks that are comparatively more or less obviously dark in terms of their sound.

A gloomy mood is established right off the bat in album opener “What Have We Done To Each Other?,” a piece which throbs under an unsettling choir of airy high-pitched tones and fleeting melody. The track escapes it new agey trappings however by sounding very rich, with a lonely trumpet occasionally sounding out under the louder background ambiance. Reznor has claimed that one of the goals of this album was to create a sense of discontent in tracks that were generally pleasant, and he certainly achieves this on second track “Sugar Storm,” in which bright, fluffy keyboard melodies are joined with jarring sound effects and sunny but slightly ominous background chords. A more haunting keyboard part takes center stage in “Empty Places,” in which the solitary melody is accompanied by quietly tinkling bells and a throbbing bass, “With Suspicion” eventually builds to a loud and crackly climax that recalls vintage NiN recordings, and fifth track “Just Like You” is a serene piano-based number that may be one of the most genuinely beautiful and upbeat tracks here. 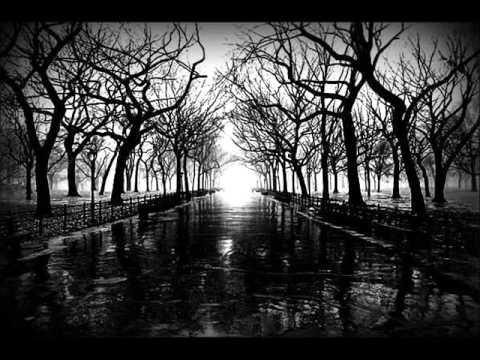 With heartbeat-like rhythms pushing them forward, “Clue One” and “Two” are perhaps the most sinister offerings, mostly because there’s a sense of inevitability to them that suggests they’re leading a listener towards something truly unfortunate and maybe even horrible . A more calming pair of tracks in piano number “Background Noise” and synth-driven “Procedural” is followed-up by one in “Something Disposable” that jangles the listener’s nerves with its almost Indian-sounding melody and seemingly random noise accents. “The Way He Looks at Me” and “Perpetual” exist as noisy experiments that utilize a rather familiar Reznor sound palette, and the album concludes with the eerily peaceful “At Risk.”

Though the partnership between Reznor and Ross has been successful thus far,  I’m most interested to see what happens if they branch out a bit in the future.

Honestly, the only significant problem I had with this release was that down the stretch, the Gone Girl soundtrack loses steam. Part of this may simply be due to the fact that it’s a fairly long album at nearly an hour and a half in length, and requires some patience and stamina on the part of the listener. Still, the inclusion of several reprise tracks doesn’t help matters at all and actually makes the album’s last quarter mostly insignificant and unremarkable. That said, the music of Reznor and Ross positively succeeds at creating a sense of unease and maybe even dread in its listener. It’s worth bearing in mind that it isn’t a genuine Nine Inch Nails album and shouldn’t really be approached as such: those whose tastes tend to fall in line with more pop-oriented material might just be bored to tears by this. As an dark ambient work however, Gone Girl’s soundtrack is by and large outstanding: one of my favorites of 2014 and something I’d have no problem recommending.