“AS MUCH A PROCESS OF RATIONALIZATION AS IMAGINATION:” BOOGEYMEN

Pros: Interesting approach; it’s hard to deny the allure of the unexplained…

Cons: Very talky and rather dull – particularly when compared to other similar programs

First appearing in 2013 on Canadian television, the Boogeymen series presents a monster-related show of a different variety than is typically seen on American cable. Whereas the majority of today’s cryptozoology programs (i.e. those dealing with unknown creatures) focus on a group of (often stereotypically moronic) characters who set off into the wilds in search of this or that mythical – and most likely, imaginary – creature, the goal of Boogeymen seems more to examine monsters as a cultural phenomenon in an effort to determine why the public is so fascinated with them. Each hour-long episode of the show (reruns of which now air on the Destination America channel) focuses on a strange creature or situation and how this oddity has been embraced by the local community: in many ways then, Boogeymen is more a travel and tourism program than an outright monster hunt. Along the way, various eyewitnesses present their stories, experts weigh in on the possibility of the monster being real or completely bogus, and a handful of photographic and/or video evidence is shown to the viewer, who’s more or less left to make up his own mind as to whether or not he believes any of it.

Probably the best thing about the program is that during the course of its (so far) two seasons and 26 episodes, Boogeymen has dealt with a wide variety of topics and covered some really interesting myths and legends. The first episode of the program dealt with “,” the aquatic creature said to lurk in America’s Lake Champlain, but other episodes have covered (duh!) California’s Bigfoot and lesser-known mysteries like Tennessee’s , Canada’s , and even Iceland’s . In terms of the subjects discussed, I’d almost be inclined to say that this show is up there with History Channel’s Monster Quest as being the most comprehensive and ponderous cryptozoology show that’s been on television in the last decade or so.

The fact that Boogeymen is so consistent and decidedly non-sensational in its tone is another of its strongest attributes. In recent years, it’s become increasingly frustrating to see monster-related shows which push the viewer’s suspension of disbelief to ridiculous levels; quite simply, it’s incredibly difficult if not downright impossible to believe much of anything a viewer is seeing in the likes of Mountain Monsters and its numerous (and apparently, endless) clones. Boogeymen, on the other hand, operates in a refreshingly sober manner. Even if some of the material presented in it is borderline ludicrous (during the episode about Canadian lake monster Ogopogo, one man spends a great deal of time trying to convince a viewer that a series of murky underwater shots of logs actually show the snake-like creature in the stages of “hiding” – which is positively absurd), the producers do a nice job of keeping things level and under control. This is incredibly beneficial when establishing credibility in a show like this, and indeed commendable when covering this sort of material. 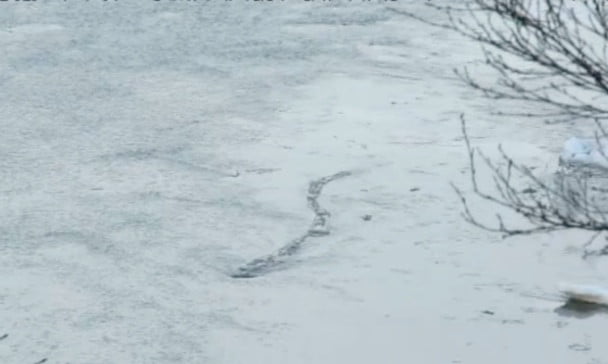 The even tone of the show has some unfortunate consequences however, namely the fact that viewers used to more exciting or outrageous programming would likely find Boogeymen to be extremely dry. Though the program is technically well-made in terms of its photography and editing, there’s no way a viewer can ignore the fact that the show is incredibly lackadaisical. Additionally, the program does quite frequently seem kind of corny in the same way that another Canadian import called Hauntings and Horrors (originally titled , reruns of this program also air on Destination America) does, with a narrator delivering borderline goofy monologues over a typical montage of ambiguous, often ominous images and cheesy landscape shots. Compared to the much more loud and obnoxious typical American television program, Boogeymen simply seems dull, which (when combined with the rather minimal amount of actual hard evidence provided in any individual episode) could be a deal-sealer that would kill this show in the minds of many viewers.

Ultimately, I think one’s appreciation of this show (or lack thereof) would come down to what he’s trying to get out of it. Despite the fact that it deals with mysterious creatures on some level, Boogeymen is very much not a speculative documentary trying to prove or disprove the existence of these creatures. Frankly, there are more than enough over-the-top monster hunt programs on TV in the year 2015, so a show dealing more with our culture and its fascination with mysterious creatures and situations rather than the myths themselves is interesting in my book. That said, I don’t think anyone is going to confuse Boogeymen with great television: it’s a way to pass some time and nothing more. Moderately recommended, but hardly essential.