BIKINI SPRING BREAK DELIVERS PLENTY OF T&A, BUT IS NO FUN WHATSOEVER

Pros: Attractive female eye candy along with lots and lots of bare breasts

Cons: That’s literally all the film has going for it.

While primarily known for their horror and sci-fi films (Sharknado 1 and 2 and Mega Shark Versus Giant Octopus among them) and so-called “mockbusters” which are patterned after major-release Hollywood films, in recent years production company The Asylum has branched out into making teen sex comedies, and why not. Considering the minimal amounts of creativity and talent (to say nothing of money) that goes into the typical Asylum film, this genre seems a good bet for them – after all, technical quality and acting ability don’t much matter in the standard sex comedy so long as a maximum amount of skin and rowdiness is put on display. Which leads to 2012’s Bikini Spring Break, as terrible a movie as could be imaginable. The film follows the world’s smallest and most moronic community college marching band (all five members of it) as they attempt to make their way cross-country to attend a national competition. Upon reaching Florida, the band’s bus breaks down, forcing the downright idiotic five women traveling in it to come up with some rather outlandish ideas of how to raise money to make sure they arrive at the competition on time…most of which revolve around taking off their shirts. 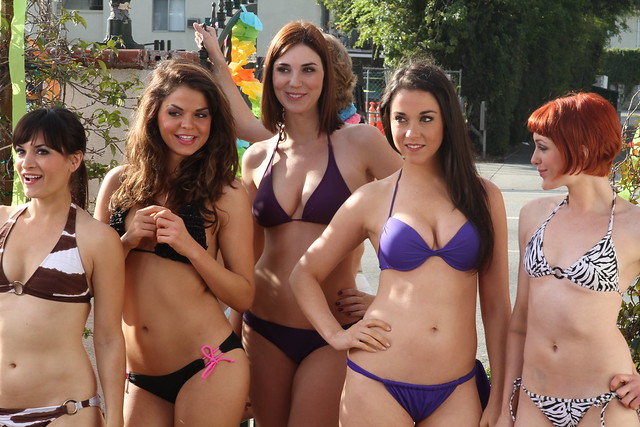 Wanna see any of these women topless? If so, you’re in luck.

A made-for-video production apparently written and directed by a gang of horny fourteen-year-olds (actual guilty parties: writer/director Jared Cohn and co-writer Naomi L. Selfman) and tailor-made for late-night cable airings, Bikini Spring Break takes a minor story detail from the American Pie series (“…one time, at band camp…”) and turns it into a puerile mess of a film that heaps on the cliches and rowdiness but can’t for even a second be described as entertaining. OK, I’m lying – I may have chuckled twice, but by most any standard, this script is just jaw-dropping and populated by one of the worst gatherings of characters I’ve ever seen in a film that saw any kind of release. Frankly, I’m astonished that anyone would agree to star in this bomb: the five young women at the center of the picture are (literally) fleshed out as stereotypical bimbos completely oblivious to anything happening around them. Their sole purpose in the film is to periodically disrobe for a series of completely gratuitous – and fetishistically-photographed – scenes complimented by a soundtrack of lousy alternative rock.

What would a sex comedy be without a locker room scene? Probably a better movie.

Events such as a Jell-o wrestling match, bikini car wash, mechanical bull-ride, and wet T-shirt contest are photographed in slow-motion, with the camera pointed almost exclusively on the frequently bouncing breasts of any females in sight, thus providing any teenage boys in the audience with exactly what they’d want to see. It doesn’t speak well for anyone involved in this production however – Bikini Spring Break is about the most immature film one could ever hope to see, having precisely no connection with reality or – imagine this – good taste. As if the scenario itself isn’t bad enough (and let’s be clear, this film has plot holes that could swallow the galaxy), Cohn and Selfman’s script is loaded with soul-crushingly awful dialogue and unnecessary profanity. The constant bickering between the main characters, overbearing hysterics, “hip” exclamations (“FML” and “OMG” prove these writers are on top of modern culture), and supposed humor (the main running gag deals with one girl’s poorly-endowed boyfriend who’s belittled as being gay at every opportunity) quickly become tiresome, leaving a viewer with little to sustain interest.

No one can get between Zoe and “Charlie the Euphonium.”

It’s pretty sad to see Robert Carradine (best known for his role in Revenge of the Nerds) reduced to acting in this film to collect a paycheck. Sleepwalking through the role of the band director, Carradine’s line delivery is atrocious and he seems wholly uninterested in the proceedings. Sorry to say, the females in the film (Rachel Alice playing the perpetually oblivious Alice, Virginia Petrucci as the clumsy Zoe, Samantha Stewart as the “leader” of the group, Jamie Noel and Erin O’Brien as the pair of relatively minor characters whose main job it is to complain about anything and everything, and Erika Duke as an obnoxiously cheerful girl trying to “ban” spring break) are probably worse. To be honest, I’d almost have to say that some of these folks have potential as actresses if they were given proper roles, but Bikini Spring Break is hardly flattering in its portrayal of their characters. This almost seems like a film it’d be difficult to move on from in terms of developing an acting career, which is perhaps the most unfortunate thing about it.

Oh look – a wet T-shirt contest.  Unfunny to the point of being painful to watch, no one over the age of fifteen would have any interest in this film.

The one and only saving grace in this film is that it features topless nude scenes from a variety of generally attractive actresses. Every one of the main female characters gets naked at some point, and the camera lingers over their bare bods for minutes at a time. If a viewer enters this film for the sole purpose of attaining some masturbatory material, Bikini Spring Break won’t disappoint, but anyone expecting any kind of decent movie should find something better to do than waste 87 minutes on this P.o.S. It’s shocking that something this reprehensible and pervasively, mind-numbingly dumb would be produced in the first place, and while this film satisfies on a certain, purely lascivious level, it’s not fun at all.

There’s simply gotta be a better use of a potential viewer’s time out there. The seedy side of the internet, for one. 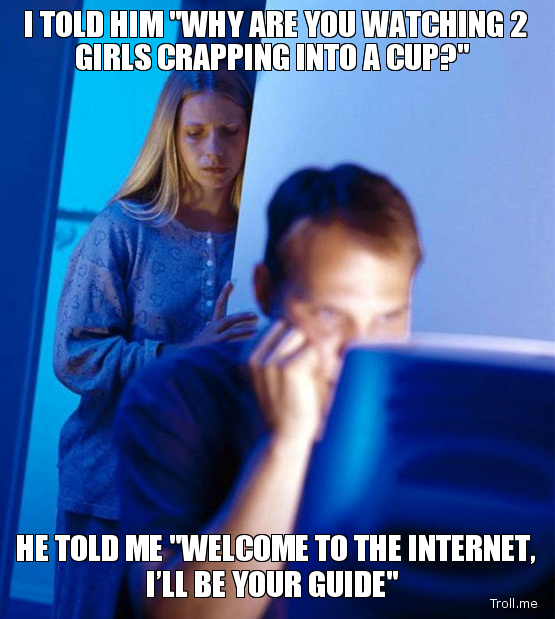 No extras on the widescreen DVD from Asylum Home Entertainment.

7/10 : Plenty of profanity thrown in for no reason whatsoever.

3/10 : Even the copious nudity can’t do much to improve this pathetic excuse for a movie.

“…So this camera could change our lives forever? Do you want me to attach it to my euphonium?”

Trailer: (Warning! Not suitable for intellectuals)