Pros: Lots of food for thought

Cons: Won’t at all appeal to those looking for an exciting, more action-driven film

Conceived as a wartime propaganda film and sponsored by the Army Ministry of Japan, the 1944 film Rikugun (in English, simply Army) stands as an important and unfortunately ignored piece that provides a much different perspective on World War II and Japanese culture in general than most viewers would be used to. The story follows a typical Japanese family through three generations, from the Meiji era (in the latter half of the 19th century) through the Sino-Japanese and Russo-Japanese wars (of 1894 and 1904 respectively) and finally into the more enveloping second World War. For the most part, the film deals with the second generation of the family, namely Tomosuke Takagi and his wife Tomonojo. At the urging of his father, Tomosuke joined the military and became a captain, yet health issues meant that he never actually took his place on the battlefield. Haunted by this “failure,” Tomosuke puts significant effort into making sure that his son Shintaro turns out to be a more successful military man, this despite the boy’s fragile and “cowardly” nature. Shintaro eventually joins the military once the second world war breaks out and quickly rises to the rank of Private, First Class, but will this be enough to calm his father’s relentless fervor? 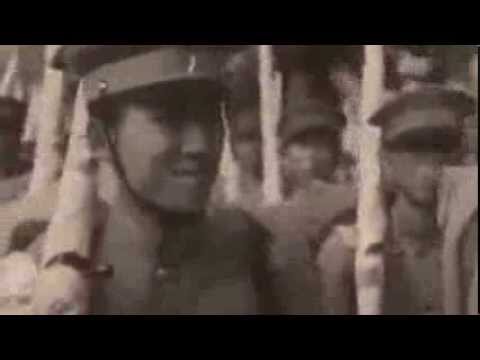 Young Shintaro heads off to an uncertain fate…

Viewed some seventy years after its production, director Keisuke Kinoshita’s film is a remarkable look at life and attitudes in Japan during the midst of World War II. Though this piece (written by Tadao Ikeda from a story by Shohei Hino) was designed as flag-waving propaganda, it becomes something quite different in the hands of Kinoshita and frankly, I’m astonished it was made and released. On one hand, the picture certainly does provide a background into Japanese military history and makes a case for Japan standing up for itself after being “bullied” by European powers in the past. Rikugun also repeatedly reiterates the core beliefs of the Japanese military – Loyalty, Manners, Valor, Honor, Frugality – while showing how a family selflessly devotes itself to the emperor. In the eyes of the Takagi family, the only way to serve the country is to offer up their son for military service without thought of the potential consequences (i.e. the boy’s death), and one of the overreaching messages of the film is that this is the only way in which a true, honorable Japanese family should act.

Devotion to the Emperor, above all else.

At the same time however, the film constantly features characters engaged in heated discussions about the nature and necessity of armed conflict, and hints more at the pointlessness of war more than anything else. Though Tomosuke is unyielding in his devotion to the country – going so far as to take a disagreement with a one-time friend who *gasp* insinuates that Japan may actually lose a war, to ridiculous extremes, his wife seems to secretly be quite worried about her son’s well-being in the military. Of course, this idea (i.e. the harsh realities of war) was not exactly what the military sponsors of the film wanted, and Kinoshita was eventually forced to walk a thin line in trying to prove his point about the absurdity of war and the tremendous amount of potential and resources it wastes while still remaining outwardly patriotic. To that end, Rikugun’s much-discussed and brilliantly-understated ending (which plays out to a very moving piece of music) is quite extraordinary – one can take away from it what he wants, but in context, it’s pretty clear how it’s designed to be read. 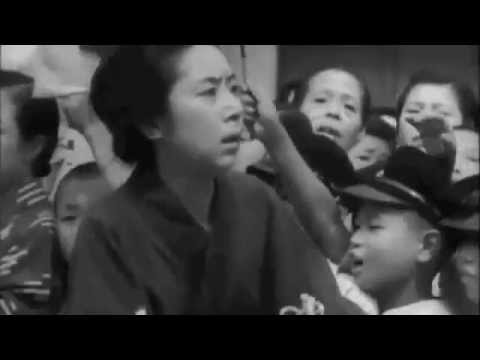 While this obscure film’s message is striking and provocative, its final scene is what most people will remember about it.

Indisputably, the most intriguing thing about this film is the historical and cultural perspective it offers. Few Japanese films about WWII, let alone ones actually made during this era, have been released overseas, and it’s fascinating to see what the general thought processes were like on “the other side.” Comparing the extremely ponderous, philosophical Rikugun with the much more gung-ho American propaganda films that were produced around the same time is an eye-opening experience. Simply put, it would be years if not decades before American war films would approach the subject of armed conflict in a similar manner to what Kinoshita did here – even John Ford’s relatively somber December 7th was plenty rousing and eventually upbeat despite the American military’s insistence that it would “damage morale.” I also really enjoyed the fact that the first half hour or so of Rikugun provided a sort of Cliff Notes version of late 19th and early 20th century Japanese history, nicely setting up what happens later, both in terms of the story and history itself. Additional explanations of Japanese devotion to the emperor and even the origin of the “divine wind” or kamikaze were also quite interesting – and information that I probably wouldn’t have been exposed to otherwise. It’s not hard to believe after watching this film that the Japanese military would indeed fight to the last man, regardless of whether or not that would seal victory – such was the conviction of its personnel.

Americans tend not to focus much attention on the histories of foreign countries, which is unfortunate and maybe even dangerous in my opinion – understanding foreign cultures might give us a better idea of how to act in relation to them. That said, it’s a bit scary listening to the nationalistic rhetoric being spouted in Kinoshita’s film – and seeing the pomposity of the persons delivering that rhetoric. Various ideas presented in this film – one which, after all, was made by “the bad guys” – are more relevant than I think most Americans would like or want to admit. I’ve been fascinated in one way or another by Japanese cinema since I was a kid (thank you, Godzilla), but I think this is the first film I’ve seen from Japan that was made before the atomic weapons fell on Hiroshima and Nagasaki. It was more than a bit disturbing then to see explicit proof of how Japanese culture as a whole was instantaneously changed with the deployment of the atomic bomb – a weapon of mass destruction that targeted civilians, not military personnel.

In terms of the actual film making technique on display, Rikugun is capably-made, well-acted (Kinuyo Tanaka is especially good as the wife/mother), and very steady, even if it’s not mind-blowing in any respect. There are relatively few “artistic touches” in the film – the black and white photography is focused instead on capturing the action in an efficient manner – though I really liked a sequence in which the young Shintaro is seen looking out the window of a train while an image of Mount Fuji is reflected in the glass. The use of rousing military marches punctuates key moments in the film and heightens the propaganda value of the piece, but aside from some brief bits of stock footage, there are no scenes of combat to be found. As such, this extremely talky picture would bore the hell out of the viewer used to more lively cinematic offerings. Ultimately, Rikugun is quietly effective for what it is, and it’s almost worth watching just to check out the emotionally poignant final scene. It won’t be for everyone, but I’d certainly recommend it to those who enjoy foreign films and/or intellectually-stimulating movies.

Released as part of the Criterion Collection’s Eclipse series in a box set which also contains Kinoshita’s Flowering Port (1943), Living Magoroku (1943), Jubilation Street (1944), and Morning in the Osone Family (1946). Rikugun looks a bit scratchy, which is to be expected from a 70-year-old film, but is very watchable. It’s presented in its original full-frame version, in Japanese with English subtitles. There are no extras to speak of included with this set.

0/10 : Much more about discussions about conflict than actual warfare itself, the film contains only minor scenes of combat and some amount of peril. 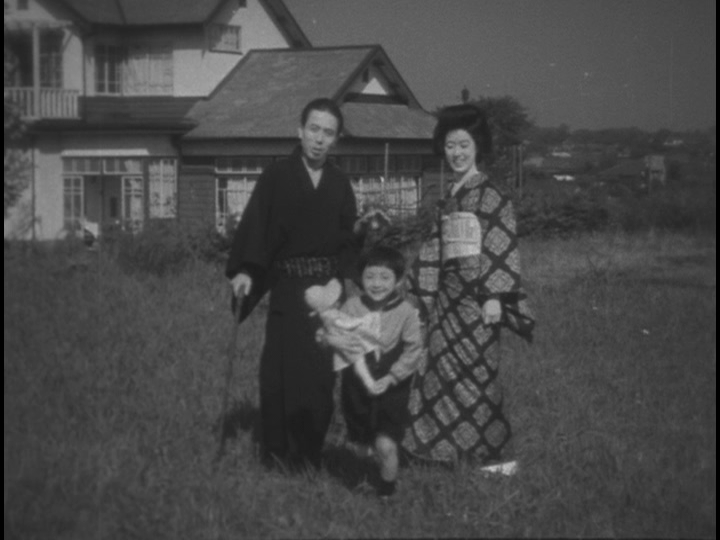 0/10 : Lots of philosophy and discussion, nothing objectionable

2/10 : A highly dramatic, most worthwhile film for fans of foreign cinema, but it’s definitely old-fashioned and almost entirely dialogue-driven.

“I’m going to die, fulfilling my duty to my lord, but those who come after me must bear in mind a greater duty…”

More info and video can be found .