AMAZING SPIDER-MAN, VOL. 5 (MARVEL MASTERWORKS) – PETER MOVES ON IN LIFE, WHILE THE KINGPIN MOVES IN FOR TAKEOVER.

Peter attempts to move on with his life simply because he just has to. Soon another powerful menace appears to force him into donning the Spidey outfit, and attempt to save the son of someone whom hates Spider-Man a bit too much. -summary 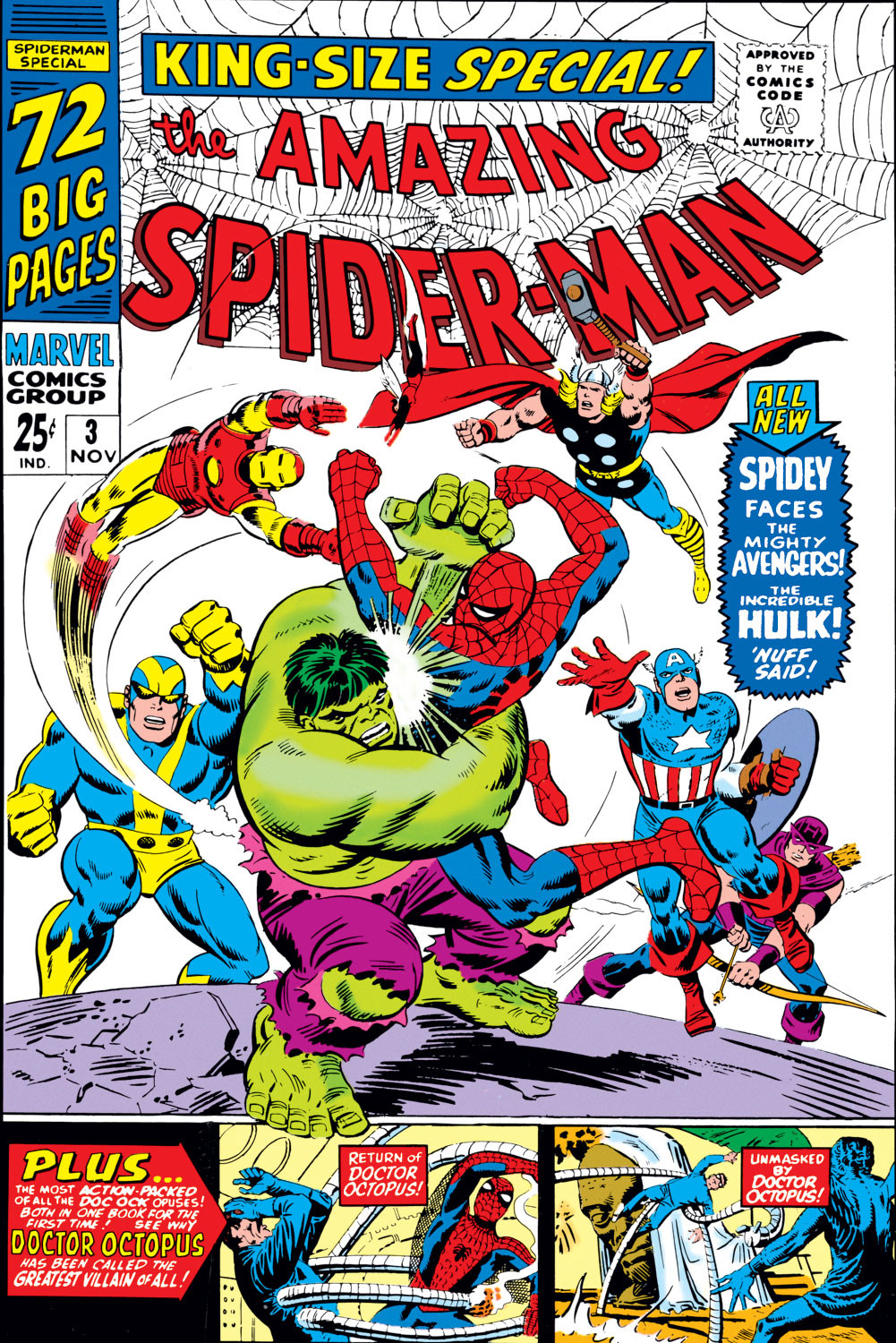 This Spider-Man TPB collects a pretty interesting batch of issues, and not only because it debuts some new characters with the most notable being Mary Jane Watson and the Kingpin, in which the latter would go on to plague Daredevil years down the road; but this is also when Peter Parker grows into adulthood and tries to become an independent man. I said it many times before, but it’s just so clear to see that Spider-Man had a very soft spot with Stan Lee. Despite some repetitive elements here and there. I always felt that he was most creative in this title. This TPB collects The Amazing Spider-Man issues 41 – 50 and Annual #3.

One of the running themes going on in this book is Peter transitioning into his own man, therefore escaping his Aunt May’s constant, but very loving badgering. He finally makes friends in college and Harry Osborn invites him to become his roommate,  he meets Mary Jane and begins to break some type of ice with Gwen Stacy, plus the seeds of friendship with his high school nemesis Flash Thompson begins to blossom. This type of change wasn’t only good for Parker but very necessary too.

The drama is done very well for sure. The encounters with newer and returning villains is done even better. Spider-Man battles the Rhino in his debut appearance in a rather under-rated fight, which gets slightly better in their second encounter because it not only shows that Spider-Man has gotten better as a fighter, but he also again resorts to using his brain. The Shocker makes his first appearance in a pretty good fight, and the Lizard returns in violent fashion. However, things take a different turn as the Kingpin surfaces in an attempt to unite the NYC mobs; and these stories prove how important Spider-Man is when engaging the crime element.

These stories are full of excitement and are too gripping. There seems to be something new around every corner as Lee introduces revamped villains, or dives deeper into developing this characters. For those whom prefer solid storytelling before anything else really need not to worry with this volume. The one flaw in these issues takes place with certain characters. I really like Aunt May, but Lee resorts to her getting sick too often which is already a tired plot device; and at least for me, she slows the progress in Peter becoming a man. I get were this is coming from and it’s fine I guess; yet it feels too Mama’s boy for Peter at this point.

John Romita’s artwork is incredible to say the least. It has a dated feel especially when looking at Rhino, because he appears to be a fat guy in a suit; but it’s the creativity in the action panels. The artwork manages to tell the story at times in place of and sometimes better than the actual writing. Romita also again shines with the character designs, by adding a certain amount of sex appeal to female characters Gwen Stacy, Mary Jane, and even Better Brant. The flaws are minor in these issues for the most part. There’s simply too much to like and the building story elements can leave someone new wondering what’s happening next with some things. In any case, this is an overall solid volume that can come off newbie friendly, but I do recommend the earlier volumes. Spider-Man is one of those titles I think all budding comic fans should see from the beginning and moving on up.