MARVEL MASTERWORKS: DOCTOR STRANGE – VOL 2. A NICE CHANGE OF PACE FROM OTHER TITLES.

Cons: Could be too different from other titles, multi-arcs may bother some

Dr. Strange finds himself in an intense battle against a group of sorcerers whom he manages to overcome. However, his greatest challenges lies ahead as his nemesis the Dread Dormammu returns. To include other would be conquerors will stand up to challenge him. -summary

This second volume of Marvel Masterworks Dr. Strange collects Strange Tales issues 142 – 168, and continues the rest of his shared stories with Nick Fury which took place between 1966 – 1968 across Marvel’s title Strange Tales. After this series Dr. Strange would see his own title due to some popularity. For those who may not know, Nick Fury’s stories are collected in his own Marvel Masterworks trade titled Nick Fury: Agent of S.H.I.E.L.D.

This second batch of stories may not be as good as the first volume but they’re far away from bad, and they still maintain a great amount of entertainment through some imaginative writing. The stories this time around are also longer focusing on actual story arcs which is a good thing, because some of the individuals Dr. Strange is forced to battle are indeed some tough customers, and through so much build up it would be quite lame for bit-sized stories. 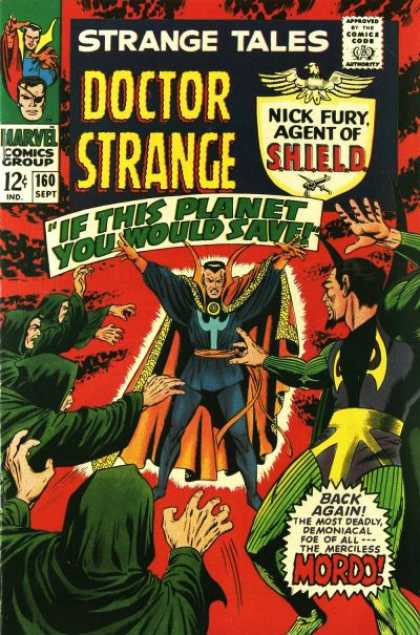 Now one thing to point out is that these stories were written by a plethora of writers such as Steve Ditko, Marie Severin, and even Dennis O’ Neil.  Dr.  Strange’s titles weren’t looked at in the same favorable light as Spider-Man , Hulk, or Thor for example. Therefore his Strange Tales title was like a testing ground for writers. Despite this revolving door of writers; I found a good enough consistency between the stories.

Dr. Strange engages in another confrontation with Dormammu which is nothing more than a set up to introduce newer and more powerful characters such as Eternity, The Living Tribunal, and finally  Dormammu’s powerful sister Umar; whom actually doesn’t care for her brother, but considers it a duty to kill Strange and avenge her brother’s defeat and apparent death due to a mortal. This is one of the better and quite possibly best encounters in the book. However, there’s nothing afterwards I can consider to be boring. 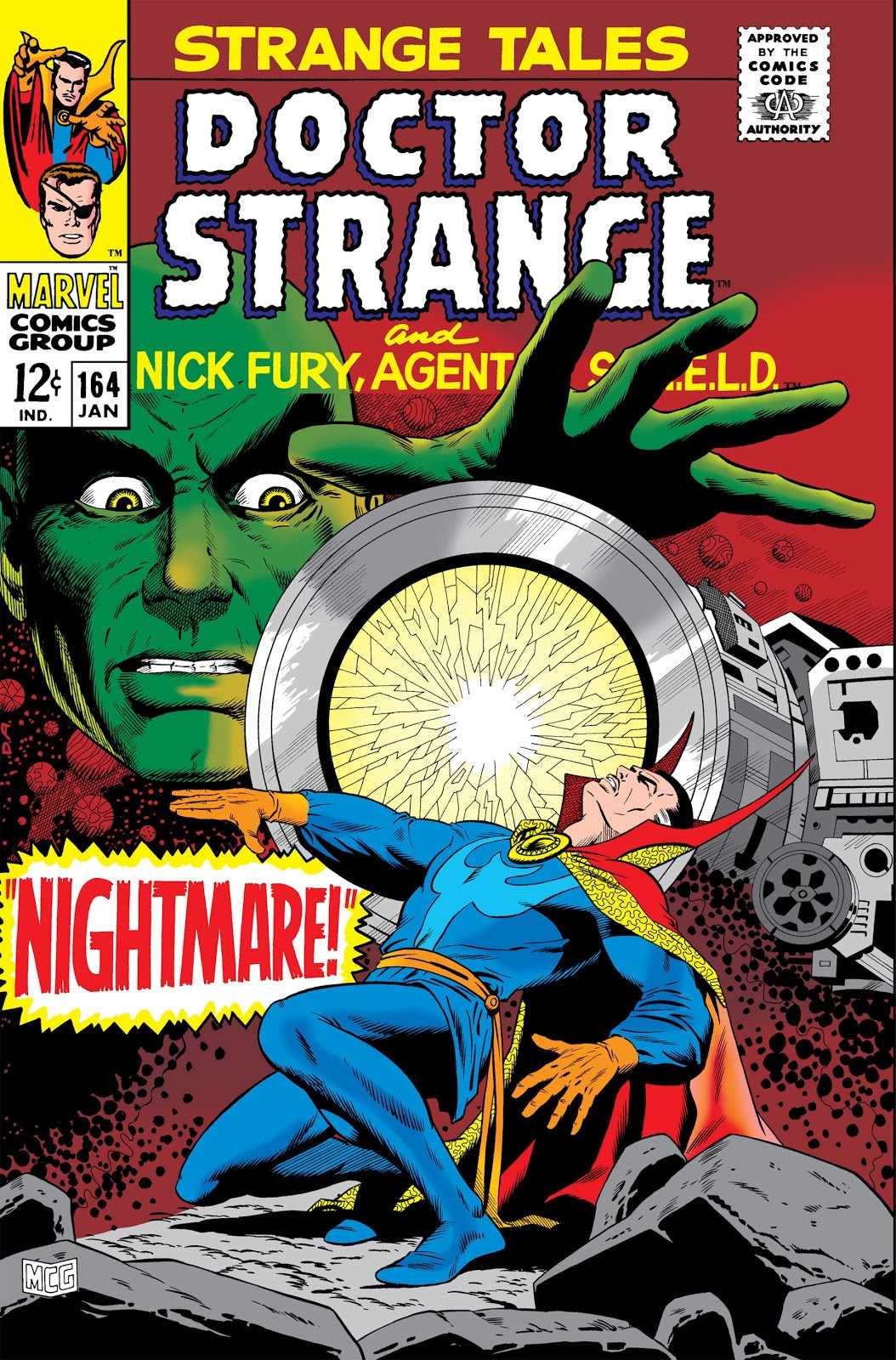 Dr. Strange’s title really is a lot better than some people give it credit for. One thing I still find interesting about his stories is how unique they are to him. As master of the mystic arts, Dr. Strange’s world is strictly based on magic and even the occult. In these stories he faces sorcerers and demons with these battles taking place in different dimensions. It seems as if he’s the only hero capable of performing these missions which sets him apart from everyone else. The cleverness needed to escape and confront many of his enemies is something only he can do, and it adds another dimension to the overall action. His fists are rarely the answer which provides a huge change of pace when compared to about 99% of the stories written around this time.

The artwork delivers some highly creative fantasy landscapes that fully develops Dr. Strange’s world. When picking up this title and witnessing these highly colorful backgrounds and different demonic creatures, it’s clear that a frequent comic reader will be getting something different. The different otherworldly settings reminds me of Thor’s title during his trips to Asgard. There’s a grand feel to everything that towers over the usual streets of New York Spider-Man frequents or the Hulk’s desert stomping grounds. I find it to be a lot of fun.

The only real flaw besides the artwork and writing not being as tight as the first volume, is that I can imagine hardcore action fans, the fist to face types not really getting into this fantasy world where the characters battle through incantations and magic wielding; but if one can get pass those things then they more than likely may come away enjoying these stories. I definitely recommend giving this early Dr. Strange run a look. I enjoy these stories much more more than when I was younger.