Pros: A Comprehensive examination of a fascinating murder case; doesn’t get caught up in the ghost story

Cons: Awkward in the way the film is constructed; seems a bit like a self-serving project; clumsy reenactments

Just in time for Halloween comes a 90-minute (two hour with commercials) documentary on the Reelz Channel that’s all about America’s most infamous haunted house at . Contrary to what one might expect from a program of this nature showing up towards the end of October however, the 2014 doc High Hopes: The Amityville Horror Murders focuses not on the case relating to reported supernatural activity occurring on the property, but rather on the brutal crime that took place in the house in 1974. During that period, the iconic home with upper windows that resemble eyes was owned by the DeFeo family, which was made up of father Ron Sr., mother Louise and their five children: Dawn, Allison, Marc, and John Matthew. On November 12, 1974 and following years of mistreatment and abuse at the hands of his father (a man who reportedly had ties to the Mafia), 23-year old Butch entered the home and proceeded to kill every other member of his family with a .35 caliber rifle.

The crimes earned Butch six consecutive life sentences upon conviction, but the typical stories told about the “” usually only start at that juncture. Writer/director Ryan Katzenbach’s High Hopes documentary, to its credit, operates for its entire run time as a sort of investigative report about the DeFeo murders, examining in detail various aspects of the case. Butch DeFeo over the years has offered up numerous conflicting explanations of what happened on the night his entire family was murdered, making it almost impossible to find the real truth at the bottom of the fabrications. It’s also increasingly difficult to make sense of the case due to the sensationalism caused by the fact that in the years following the murders, George and Kathy Lutz who had purchased the property, claimed that the house was haunted, leading to a best-selling book and a still-ongoing successful horror film . Katzenbach manages to cut through the hype and examine the crime itself, using the whole “haunted house” angle as merely a sidenote to a more serious and unfortunate story.

Alleged ghost spotted during one investigation of the former DeFeo house.

The documentary begins with a sort of crash course history of all things Amityville Horror related, going over the basics of the criminal case, examining the history of the so-called haunting, and introducing the idea that the Amityville case has become more a marketing device than anything else. Following this introduction, Katzenbach begins a study of all the details in the murder case, starting with the rather startling history of the DeFeo family. Examining alleged Mafia ties and money laundering as well as the tales about how abusive Ron Sr. was to the rest of his family, Katzenbach paints a vivid picture of the situation leading up to the murders. While it’s difficult to feel any sort of sympathy towards Butch DeFeo (who admits in an in-camera interview during which he lacks any semblance of remorse, that he’s basically a manipulator and a liar), it is pretty easy to see a potential set of circumstances that led him down the path to murder his family. Aside from the abuse committed by a father who claimed to have pseudo-religious experiences in between bouts of extreme violence towards his own wife and kids, Butch was also by the time he was in his early twenties abusing drugs and alcohol quite heavily, leading him to increasingly unpredictable behavior. 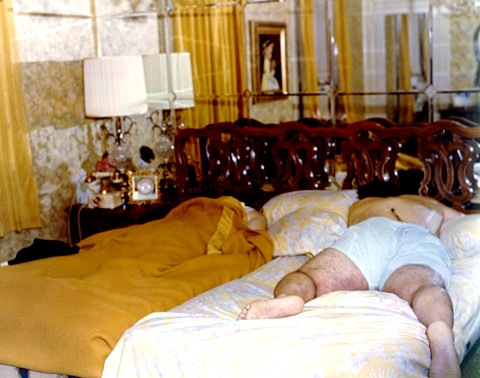 By the time the murders are recounted in extraordinary detail based on one possible scenario of how they were committed, High Hopes heads into its money section, presenting a case of how prosecutors looking to land a quick conviction bungled up several aspects of the original case. In this manner, the documentary doesn’t play all that differently from a film like West of Memphis, which presented the frankly sickening story of how three outcast teens were (in my opinion, wrongly) . Writer/director Katzenbach obviously relishes the chance to present his own perspective on the criminal case relating to the prosecution of “Butch” DeFeo, and it’s probably during this section in which his film presents its best material and arguments. It seems like most crime films anymore have to have some sort of “miscarriage of justice” section just to seem legit, but examining the information provided here from a logical standpoint does seem to at least suggest that the police, prosecutors and judges had it out for Butch DeFeo from the start. Butch DeFeo has invented numerous stories relating to the murders in the decades since his arrest. The documentary comes to its own conclusion, but is it actually the answer?

At this juncture, I should point out that from what I can tell, High Hopes was produced essentially by combining three short documentaries about the Amityville case that Katzenbach can been working on into one, longer and more comprehensive work. I say this because at a certain point, High Hopes really feels like its more or less abandons everything that it had been working towards and heads in an entirely different direction. Around the three-quarter mark, Katzenbach jettisons his previous arguments about how Butch DeFeo committed the murders with the aid of several accomplices and presents a “this is how it really happened” finale that makes a case for him doing the deed by himself. I can almost believe that this material was culled from the third and last short film since the way in which the feature documentary transitions into this material is very awkward and almost baffling: it’s not the best way to make a coherent, well-developed film, but I suppose it gets the job done. That said, it took me a second to realize that Katzenbach had essentially doubled back on himself and just assumed his viewer would be able to follow his zig-zagging train of thought, though the average TV viewer might not even notice the change in perspective and just “roll with the flow.”

It was also around this point when I made a pretty telling observation about the documentary. Though the film is narrated by well-known actor Ed Asner, the primary interview subject throughout the production is none other than director Katzenbach himself, who basically sits there and explains to the viewer how everything in the Amityville murder case went down. On one hand, it’s not totally unprecedented for a director to include himself in his own documentary film: many documentary filmmakers almost exclusively focus on their own journey to the truth as it were (Michael Moore comes to mind). In the case of High Hopes however, I really got the idea that this documentary as a whole was more or less a self-serving project (looking at reveals that virtually all his credits are programs relating to the Amityville murders – the guy seems more than a bit obsessed). This becomes especially apparent when, in the documentary’s final segment, Katzenbach himself conducts an investigation of the canal system that exists immediately behind the DeFeo home on Ocean Avenue in an attempt to find the long-missing second murder weapon. It really seems like the writer/director is pushing himself as a sort of criminal investigator and researcher and one almost gets the idea that Katzenbach fashions himself as a sort of neo Truman Capote in terms of how he’s represented in the film. When the discovery of a firearm at the bottom of the canal leads to an apparent, almost obligatory cover-up on the part of the Amityville police department, the positioning of Katzenbach as a sort of avenger for justice is complete, though I wasn’t completely sure I was willing to buy that assertion. 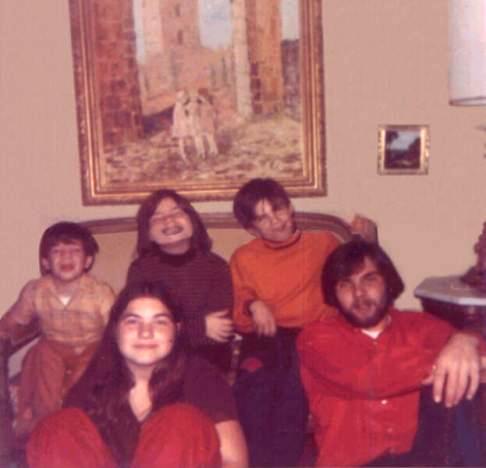 The ultimate sad fact here is that the DeFeo children died horribly.  We shouldn’t forget that, no matter what Hollywood chooses to focus on.

As much as I could be overly critical of this documentary for its apparent ulterior motives, I have to say that High Hopes: The Amityville Horror Murders is pretty interesting for the material that it does present. This is a very comprehensive (though maybe not entirely objective) examination of the DeFeo murders, and the selection of archival video footage, sometimes graphic photos and testimony, as well as the contemporary analysis showcased here does a fine job of telling the story of this case and pleading the writer’s arguments. The film is well-organized for the most part and is generally quite compelling for a viewer. I rather appreciated the fact that this film not only doesn’t focus much attention on the whole “haunted house” angle, but that it actually goes a long way in proving that the whole “Amityville Horror” phenomenon (which began with Jay Anson’s best-selling 1977 novel) was a publicity stunt fabricated in order to make a profit for the folks involved. One would think that calling the haunting out as b.s. wouldn’t have been the best way to go for someone examining this case, but Katzenbach sticks to his guns. On the downside, the reenactments featured throughout the program are undeniably lousy: yes, they compliment the narration quite well, but the acting is awful and they just seem to have been completed very quickly in the most lazy, unimaginative manner possible. In the end, despite a few significant problems, High Hopes is perfect for what it is: an consistently interesting and compelling made-for-television documentary. This wouldn’t hold up against the best documentary films out there, but it accomplishes exactly what it sets out to do. For that fact alone, I’d call it worthwhile.