PULLING BACK THE CURTAIN ON LEWIS: ROMANTIC TIMES

Another in a long string of albums that have inexplicably picked up an audience years after being ignored upon their initial release, the 2014 reissue of L’Amour, a 1983 album by an enigmatic musician known only as Lewis, has to be considered one of the most pleasant musical surprises of the year. Here was a disc that positively embodies the semi-cheesy brand of ‘80s soft rock to a T, yet sounds so out of place in the modern music scene that one can’t help but be fascinated by it. Sitting in obscurity for decades, this album was the latest rediscovery released by the folks at the Light in the Attic record label, who seem to specialize in locating the best and most compelling thrift store treasures the world has to offer. L’Amour was generally well-received by critics willing to look past its flaws to see it as a unique if unassuming low-key wonder but a few months following its release, an even bigger shock wave reverberated through the music community. Not only had the album’s creator (real name Randall Wullf) been tracked down in Canada, but a second album from Lewis had turned up in a Canadian thrift store.

For all the trash that clogs up thrift store vinyl bins, there’s sometimes a bit of treasure…

Romantic Times, released in 1985 and credited to “Lewis Baloue,” continues much in the same way as its predecessor, containing eight quiet love songs that all but scream the fact that they were made in the 1980s due to their use of vintage synthesizer and drum machine sounds. Unlike L’Amour however, Romantic Times seems to have had better sound engineers working behind the scenes: whereas the vocals on the previous album were soft and delicate to the point of being whispered, one can not only almost decipher the words in the songs on Romantic Times, but also really hear the nuances of Lewis’ delivery. Unfortunately, this doesn’t wind up being a good thing though since one is left only with the impression that this guy overdoes the vibrato to the point of absurdity – to those not familiar with the terminology, the high-register vocals here are warbled and almost ghostly due to the singer manipulating the airflow behind them. Some singers use a ton of vibrato since it adds expression to their performance, but I think the technique works best when used in moderation. In the context of the almost shadowy music that Lewis makes, the vibrato becomes distracting and quite often simply seems distasteful and inappropriate.

Lewis’ vocal performance would seem to be at the extremes of this scale.

Further problems on Romantic Times are caused by the fact that the tracks here are probably more closely related to popular music of the day. Many include corny synthesized drum beats that appear to have been created simply by pressing the “demo” button on a primitive drum machine or synthesizer. Thus, the tunes have limited to no character to them, sounding very similar to one another with virtually no change up from track to track. Keyboard parts that dominate the album are also unremarkable to the point of seeming dull, and the obligatory saxophone solos (and the vocal lines for that matter) seem several times to be attempting to replicate the melody from the pop standard “Strangers in the Night.” The music on L’Amour seemed to float by as if a listener was experiencing them only in his subconscious, but in contrast, the songs on Lewis’ second album not only are more substantial, they almost feel leaden and lifeless – which is kind of odd all things considered. Perhaps my disappointment with the album then is caused by the fact that being able to concentrate on the mundane and rather ordinary musicality present in Lewis’ music ruins the illusion, or maybe Lewis’ novelty value had simply run its course by the time I dove into Romantic Times. In the end, it’s not a bad second album, but it doesn’t seem to have that magical quality to it that made L’Amour so extraordinary. 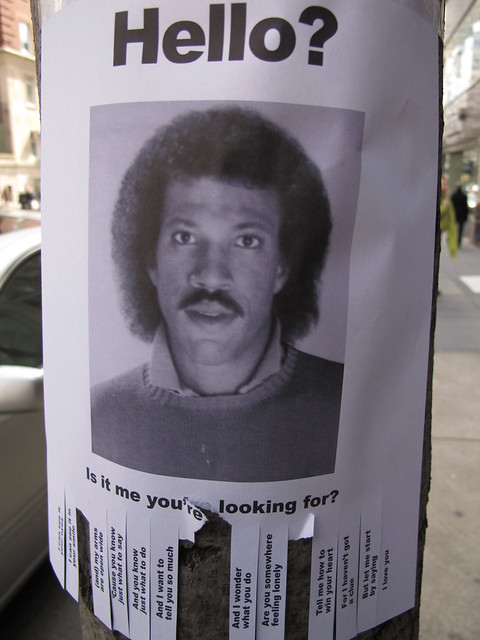 I’m not sure I’d place Lewis in this sort of company, but he certainly is going for a more mainstream sort of sound on his second album.

With a gentle acoustic guitar strum and warbly vocals heard over synthesized sweeping strings, woozy opening track “We Danced all Night” established well how the entirety of this album is going to function. By time the we begin to hear saxophones belting out solo lines in the background, it’s pretty clear that Lewis has gone the route of making soft rock that today seems almost hilariously cheesy. This effect only gets worse from here on out: “Bon Voyage” ups the ante by being the first of several tracks here that incorporate what I might describe as a lazy island vibe which only further establishes the schmaltzy mood. There’s an extremely relaxed, click-clack rhythm and accordion-like melody line, but Lewis (essentially repeating the same lyrics over and over) sounds particularly ghostly in his vocal delivery which doesn’t fit at all with the track. “Don’t Stop it Now” is probably more obviously romantic and sensual, but sounds almost identical to the track immediately before it due to the similar rhythm elements, and the slightly more poignant “It’s a New Day” carries on in much the same manner. “So Be in Love with Me” changes up the formula a bit, incorporating some rough synthesizer of the variety heard in most every “rousing” ‘80s movie soundtrack (think Top Gun) and “Bringing You A Rose” features vocals that often come across as sexualized cooing. “Where Did My Love Go Away” has the slowest tempo of any here and probably sells the emotional imagery in the lyrics the best, and album closer “As the Boats Go By” is a slightly melancholic but obvious sexual finale that suggests lazily passing time with a loved one. 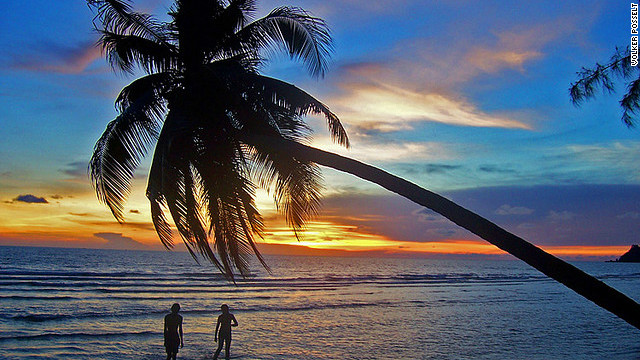 Much has been made when dealing with Lewis’ music that his sleeve art doesn’t fit at all with the music heard on his albums, and that’s certainly the case with Romantic Times. That playboy figure on the cover doesn’t seem at all like the same guy making these almost painfully restrained love ditties, and maybe that’s part of the strange allure of albums like this – I’ve listened to plenty of records based on the fact that the cover art was ridiculous in one way or another and am occasionally surprised by their overall quality. Still, discussion about how downright strange this album seems can’t disguise the fact that musically, Romantic Times is rather boring and uninspired. The same could probably be said for Lewis’ first album, but since a listener can never quite wrap his head around the music on L’Amour due to its low-fi sound quality, that record has a definite mystique about it. In shining more of a light on Lewis’ actual performance and musical abilities, Romantic Times is a bit like pulling the curtain aside on the Wizard of Oz. Certainly, there are precious few artists making deliriously romantic music as this nowadays, so Romantic Times has a built-in kitsch value, but I don’t think there’s honestly that much to get excited about here.