Cons: Very low key; won’t appeal to those who like their music loud and obnoxious

It’s kind of amazing that in recent years, as the mainstream music industry continues to struggle with adapting to the digital age, there’s been an increasing amount of interest in forgotten albums of the past that have been “rediscovered” sitting in the world’s thrift stores. Many of these albums, such as Rick Grossman’s have gained notoriety for their (awful? awesome? both?) sleeve art, but other albums have gradually found an audience (usually through word of mouth) simply because the “outsider music” contained on them is often vastly different from what one would normally come across. The recent reissuing of works like Kit Ream’s downright insane and the corny but heartfelt by a musician only billed as “Todd” (albums that, by most people’s standards, aren’t outstanding in any respect) – to say nothing about the story of the mysterious musician known only as Rodriguez who was the subject of the Oscar-winning Searching for Sugar Man documentary – speaks to the fact that a sizable group of listeners has grown to appreciate earnest recordings made by “real people” as opposed to the polished bits of radio-ready pop that’s put out by the major labels. At the end of the day, it just seems like there’s something special about finding and appreciating an album that most people wouldn’t know even existed – it is, after all, that kind of thought that has fueled the “elitist” music-listening crowd for years.

One of the few existing pictures of Randall Wullf, a.k.a. “Lewis.”

Odd as it may be, 2014 may be the year when the thrift store treasure movement finally hit the mainstream. After being discovered in a Canadian thrift store, a forgotten 1983 album (released on the mega-obscure R.A.W. Label) by a musician known only as “Lewis” began to be noticed following an internet post back in 2012. Two years later, Light in the Attic records reissued the album titled L’Amour and began a search for the enigmatic musician who produced it. It was discovered that “Lewis” was the pseudonym of one Randall Wulff, Canadian stock broker and would-be playboy, who cut L’Amour at a California studio known mostly for recording punk bands and promptly vanished. After more research, those following the story were stunned to learn that Lewis/Wulff not only had recorded a handful of additional albums (one of which has been discovered rotting away in a thrift store and reissued), but was alive and well, living a quiet life in Canada and completely ignorant to the renewed interest in his music. In any case, the reissue of L’Amour was picked up for review by the mainstream music website Pitchfork, thus exposing Lewis/Wulff to an audience he would never have found otherwise, though I (elitist that I am) can’t help but feel a little bit like mainstream recognition has diminished the allure of Lewis and his music. 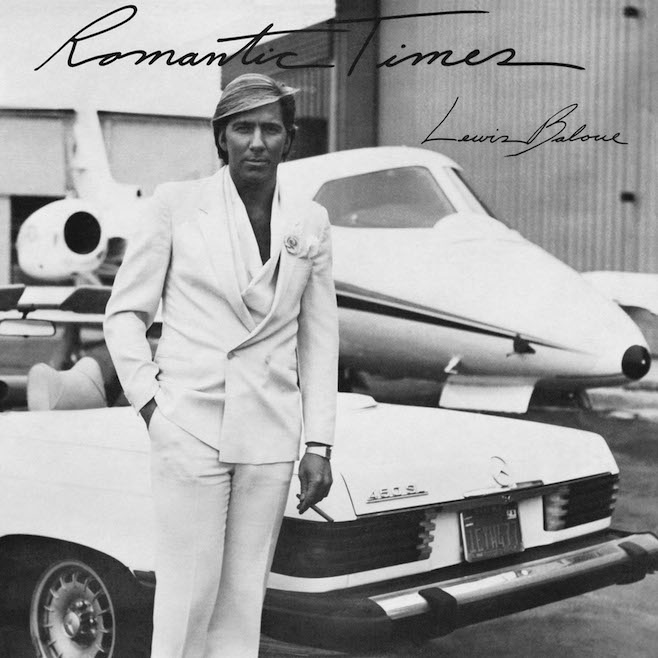 Though he looks like a playboy, Lewis’ music suggests he was something entirely different.

Going into my first listen of L’Amour, I was a little skeptical about what the fuss was all about. Considering the utter lack of information about the album’s creator and given the sort of angelic, playboy-like imagery found on this album (and the even-more sketchy art found on the second known Lewis album titled Romantic Times), I almost expected this album to be a completely tasteless vanity disc made by a womanizing jerk (more similar to something of the Kit Ream variety). It’s no exaggeration to say that I was completely shocked when L’Amour turned out to be one of the most deliciously soft and subtle albums I can recall, full of concise, whispered singing, delicate piano melodies and lightly strummed acoustic guitar, and just a touch of background keyboard coloration. Though this album very much attempts to make songs that I could best describe as being adult contemporary or “easy listening,” L’Amour is absolutely nothing like the mind-numbingly obvious soft rock that dominated the radio in the 1980s: instead, it’s a disc that in 1983 would have been completely out of (or ahead of?) its time.

Featuring ten tracks and running 37 minutes, L’Amour exists less as a collection of individual songs as one, extended representation of a specific mood, and may be one of the most sensual “make out” albums ever produced. The quality of the album not only sounds very old-fashioned, perhaps having more in common in terms of its melody in construction with ragtime piano than anything in 1983, but also reminds me of the quiet piano music of composers like Erik Satie (best known for ). Album opener “I Thought the World of You” expresses (in its titling and the music itself) a sort of vaguely melancholic nostalgia, suggesting that it was the product of a musician trying to right the ship after a loved one vanished from his life. Operating at a restrained pace, the song features flowing, extremely well-written piano melodies and resonant, high-pitched and often softly howling vocals. Airy and atmospheric keyboard tones float around under the piano and voice parts, adding another layer of depth to the relatively sparse instrumentation, and the whole of the track is not only flawlessly executed, but also downright heart-wrenching. It really takes some skill on the part of a musician to make something like this feel real – too often, writers overdo the sense of sorrow or desperation, but Lewis’ approach is perfect.

The album continues with “Cool Night in Paris,” a track that, with its gentle acoustic guitar melody and cooing vocal, nails a feel reminiscent of early 20th century pop and yes, sounds very French while the simple “My Whole Life” almost has a country-western vibe to it. Many of the songs on this album are surprising in their ability to emotionally affect a listener, this track and its occasional falsetto vocals may be the one that most perfectly captures a sense of quiet sadness and sincere longing: I could almost picture a cowboy playing it around a campfire while reminiscing about a far-away sweetheart. While the songs in the middle stretch of the album (“Like to See You Again,” “Things Happen That Way,” and “Summer Moon”) continue with the relaxed, piano-driven soft rock and compelling vocals, “Let’s Fall in Love Tonight” has a more ragtime feel due to its plunky piano melody. “Love Showered Me” is the track here that is perhaps not only the “loudest,” but also makes the most use of keyboard parts, possibly the one track then that establishes that L’Amour was in fact made in the synthesizer-heavy early ‘80s. “Romance for Two” finishes the album with another smokey, pleasantly lazy and delicate love song; it’s about as marvelous a closing track as could be expected from an album like this.

Even if this album does have a decidedly downbeat feel at times, it’s not a “depressing” album by any stretch and actually sounds quite hopeful by its end. L’Amour’s fourth track, an instrumental called “Even Rainbows Turn Blue,” may be the one that best illustrates the fundamental difference between this and most other “emotionally resonant” albums out there. This track would have been distasteful and corny if used on a record that relied on “button pushing” and flashy, “look at me” moments to get a programmed emotional response from a listener, but in the context of Lewis’ low-key, effortless composition and writing, it works perfectly. Ultimately, it’s strange to think that a deceptively simple album like L’Amour is much more affecting than most modern popular music; this disc would seem to indicate that most musicians striving to make an emotional listening experience are simply trying too hard. Though Randall Wullf appears to have distanced himself from this music (upon being found and approached, he actually turned down any of the royalties from the reissue and appeared to want nothing to do with it), I’m very much glad that L’Amour has been found again for the first time. Albums like this make one wonder what other marvels lay sitting around in flea market and thrift store vinyl bins. Lewis’ music is about the antithesis of most of today’s music, and may actually make some listeners uncomfortable since they would have no frame of reference in which to view the album, but it’s one of the most pleasantly surprising records I’ve stumbled across in a long time. It comes highly recommended.