Cons: Not enough action and probably too wordy for some

21 years have passed since the death of Unicron, the defeat of the Decepticons, and then the unification between Autobot and Decepticon. While there is peace on the planet Cybertron, remnants of the Decepticon force are far from happy about this and Soundwave is determined to begin the war again with small terrorist attacks. Optimus Prime on the other hand, is turning a blind eye to these things hoping to maintain the truce. The powder keg is close to exploding and it appears nothing can be done about it. -Original Summary Under the new leadership of Rodimus Prime and the combined efforts of Grimlock and his Dinobots; the Autobots were able to repel the vicious duo Decepticon assault against them led by Bludgeon and Soundwave. Although the war against the Decepticons is finally over the Autobots must prepare for a new threat that may end all. -summary Transformers Regeneration One Vol. 4 is the final chapter of this series that finally puts an end to the original G1 series that was left unfinished under Marvel Comics. This series was meant to replace Generation 2 as the real sequel due to the continuation of G2 concerning The Liege Maximo being axed and left unfinished in the early 90’s. Regeneration One provides an ending that will probably satisfy most fans, but don’t come into this expecting an all out, simple shoot out to the finish, as Simon Furman attempts to go all psycho-babble which seems to be the norm these days in so many works.

The plot picks up at the very end of the Autobot and Decepticon war with the Autobots treating their wounded and rounding up surviving Decepticons as prisoners. Rodimus Prime recently took a trip into the time stream and learned there are various threats to the grand plan created by their god Primus, along with their overall survival. He quickly identifies two of the serious threats as rogue Decepticon leader from the future Galvatron, and another Cybertronian senator by the name of Jihaxius. The former is on the loose as they have already battled him, and now they must prepare for the latter whom finally arrives to Cybertron with a deadly plan of his own. The cards begin to fall in place, yet Rodimus knows there’s still more to this puzzle.

Furman reaches into corners of the TF universe that had been explored in some way before and either adds a different twist or simply expands on it; the result is a pretty suspense-filled story that eventually ties up all loose ends. I tossed out there earlier the inclusion of Furman’s psycho-babble, however it really isn’t as heavy handed as it may sound.  For the most part, I enjoyed how the darker entity concerning the Creation Matrix was handled in explaining all events leading up to this point. It indeed felt epic and at the end of the day it was a proper send off for a series with so much promise. At the same time though, it really felt lacking in some areas. This final chapter clearly wasn’t as action-packed as I would have preferred it. Let us be honest here, this is The Transformers, and it involves a war between two robotic armies trying to kill each other and it simply wasn’t done very well. The final action-filled battles were terribly underwhelming and they even felt rushed. It simply doesn’t compare to the all out battle found in Generation Two or any other epic  action filled battles pre-dating that story such as the Underbase Saga or The Unicron Conflict. 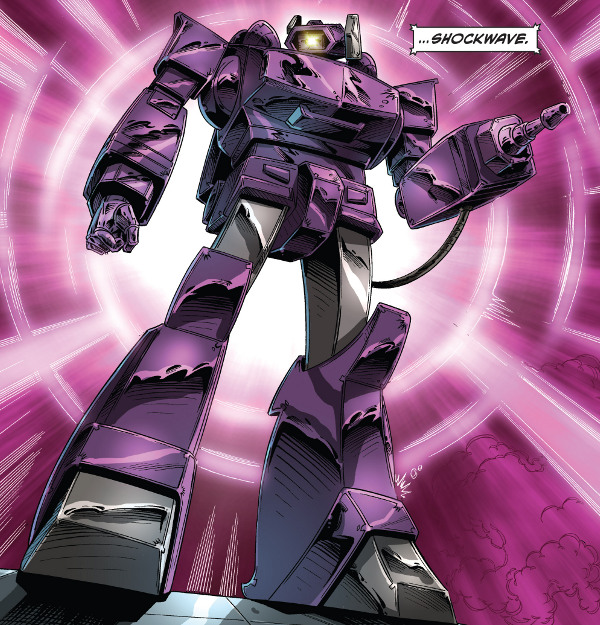 It also must be mentioned how fan oriented this series is; Regeneration One touches on very old topics such as the Underbase and its connection to Starscream. I just don’t feel it was properly explained here along with other things which may effect newer fans overall enjoyment. Older fans will more than likely embrace these early story elements, although they may find some of the action to be stale in comparison to other stories. I will also point out that character development is slightly better, and this may be the best I had seen Rodimus Prime used. He really felt like a leader whom was more sure of himself this time around, even going so far not to accept Optimus Prime’s observation fully or maybe not at all.

The artwork suffers a steady decline in a portion of the ending issues, but it’s on par with the rest of this series throughout most of the book. There are some very fine character designs, and cool backgrounds capturing the devastation of combat. The sharp colors once again bring out the details in the artwork.

In the end, I really wanted to like this final chapter a lot more, but the lack of action plus how some things felt so rushed lowered my enjoyment quite a bit. It’s not wrong to demand more action from The Transformers because grand battles is what the series has always been about. Overall, I would say Regeneration One belongs in any Transformers fans collection, but newbies would probably do a lot better investing their time in the Transformers IDW collection series and from there working their way up to Dark Cybertron. I personally feel this is the best way to enjoy the Transformers franchise.