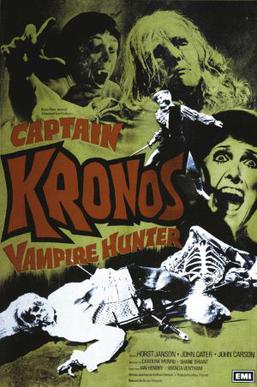 Cons: Shoddy makeup effects; this isn’t a vampire film for the Twilight crowd

Produced by the legendary British film studio Hammer Films, the utterly unique Captain Kronos: Vampire Hunter (made in 1972 but not released until two years later) is quite possibly one of the studio’s last truly outstanding titles. Founded in 1934, Hammer made a name for itself producing a string of frequently gruesome horror films often based on the classic tales of Dracula, Frankenstein, The Mummy, and The Wolf Man from the late 1950s onward, but by the early 1970s, a changing marketplace and diminishing box office returns had the studio on a downturn. By this time of course, explicit gore and sexual content was more permissible in mainstream films, making the typical Hammer film not all that different from what any producer could potentially pump out quickly and inexpensively. Even though the typical Hammer film was a much more accomplished effort, the venerable British studio couldn’t really compete anymore with the waves of independent genre films that were filling up theatrical bills and drive-in slots.

Vampire Hunting – a dirty job, but somebody’s got to do it.

Kronos was a sort of last hurrah for Hammer: an old school combination of vampire legend with swordplay adventure written and directed by Brian Clemens (previously, a writer on the spoofy TV series The Avengers). The film, set in 19th century England, deals with a pompous army officer and nobleman named Kronos who’s summoned to a small village by an old friend, Doctor Marcus. A series of mysterious deaths have recently occurred in the surrounding countryside – young women are attacked by an unknown being who seems to drain the very life from their bodies, leaving crooked, prematurely aged bodies behind. Suspecting that some sort of dark force may be at work, Kronos and Marcus set off in an attempt to find the perpetrator of these crimes, and eventually determine that the deaths are the work of a vampire. Luckily for the townspeople (or is it?), this isn’t Kronos’ first rodeo: he’s actually a professional vampire hunter with a hunchbacked assistant named Grost and a local hussy named Carla along to help him in his quest to destroy the offending creature. 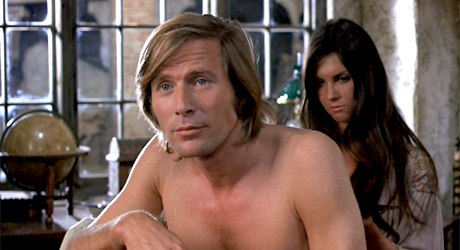 Clemens’ script for this film may be one of its best ingredients: the film reimagines the (by this time) well-established mythology surrounding vampires, throwing numerous original ideas into the mix Thus, the usual methods of dealing with undead bloodsuckers don’t necessarily work: every vampire has different circumstances surrounding it, so the traditional stake through the heart routine won’t work on some of them. In addition, Captain Kronos downplays most of its horror movie aspects in favor of delivering a sort of lightly comedic mystery early on and a swashbuckling adventure later. Much of the film deals with Kronos’ efforts to try and determine the identity and location of the vampire causing the deaths, and the script offers up a few, well-developed potential suspects – namely, the members of the well-to-do Durward family who lives in a nearby castle. The adult Durwood children (son Paul and daughter Sara) live with their extremely elderly mother and have an coldness and eerie vibe to them, leading Kronos and Marcus to point the finger of blame at them. Not so fast though – an effective surprise ending to the story means that things don’t necessarily pan out as a viewer might expect.

A deliciously moody shot in the middle of a very evil looking wood.

The ensemble cast for this film is incredible strong, even if none of the individual performances honestly stand out. Handsome but rugged German actor Horst Janson plays Kronos with a “holier than thou” demeanor which makes him slightly buffoonish, though this works in the context of a film that quite obviously isn’t meant to be taken entirely seriously. Kronos often seems absolutely disinterested in the process of tracking down vampires, but when push comes to shove, this is the guy you’d want in your corner. John Cater plays his hunchbacked assistant Grost as an even more obvious comic relief character, though again, this guy is capable of getting down to business as well. Cater certainly comes across as being more than the typical Universal horror “second banana” hunchback, and his performance was probably the most enjoyable in the film. John Carson plays Marcus as exactly the sort of “kindly doctor” one would expect in a small village, while Shane Briant and Lois Daine as the two Durward children are icy and intimidating. Look for character actor extraordinaire Ian Hendry as a ruffian who gets in a scuffle with Kronos in the local tavern – and savor Caroline Munro in the role of Kronos’ love interest. Though she looks as yummy as ever and even gets a shadowy love scene, Munro is not just a bit of eye-candy in this film: she actually gets a fairly substantial part and does a fine job, demonstrating why she was the only actress granted a contract from Hammer Studios. 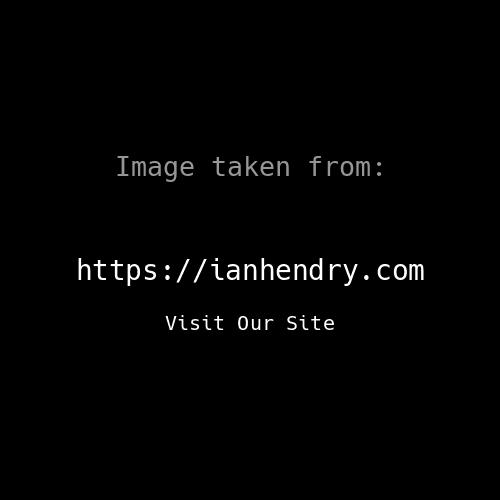 Despite the small-scale feel, this film has some inventive visuals.

If I could make a single complaint about Captain Kronos, it’s that the film looks like a small-scale, low-budget production. This film has a fairly limited scope and the frequent day-for-night shots are a bit on the inept side, though I must say that the production crew makes the most of what they had to work with. Ian Wilson’s photography is absolutely gorgeous to look at, making exquisite use of the lush British countryside. Wilson also constructs inventive ways of getting around showing scenes that the production likely couldn’t afford to explicitly visualize – dig the scene in which a man being hanged is glimpsed as a twitching shadow on a wall or one in which the shadow of a crucifix slowly morphs into that of a man. I especially liked the fact that the photography seems to capture the inherent creepiness of the forest – in the way that the woods are depicted as being a place where evil lives and diabolical events take place, Captain Kronos ties back to a story like Nathaniel Hawthorne’s “Young Goodman Brown.”

This bat attack? Not all that convincing…

Though this film frequently downplays the elements of horror – and shows off some rather sketchy make-up effects when it does – I rather liked the definitive horror movie sequences that do exist in the picture. There are a few rather spooky scenes found here (a shadowy hand creeping down a staircase and shadow easing across a floor as an unknown being stalks Munro’s character) as well as a couple nifty vampire attacks. A scene filmed in extreme longshot where a young woman is ravaged as soon as she disappears behind a hill while walking in the forest is one of several highlight sequences. A pair of swordfights are well-choreographed (particularly the climactic battle – SURPRISE! there’s no hasty effort to stake a vampire through the heart in this film), and Laurie Johnson’s capable if unexceptional music score punctuates key moments nicely.

Well that’s a change from the usual vampire film: no stakes in sight!

Though it’s quite obviously not your standard vampire flick nor something that would appeal to the Twilight crowd, Captain Kronos: Vampire Hunter is arguably one of the best later-era Hammer productions and a film that deserves to be more well-known than it is. In the bigger picture of rather predictable and formulaic vampire cinema, this is a definitive anomaly, and the picture deserves recognition for that fact alone. Captain Kronos was designed as a sort of pilot for an intended series – hence, the open-ended conclusion – and I almost wished it had inspired further stories dealing with this character. There’s plenty of imagination and cleverness displayed in this film and although some viewers may find it to be too old-fashioned for their tastes, it’s a film that I’d definitely recommend.

DVD from Paramount is widescreen format but unfortunately, there are no extras.

4/10 : A few gory and/or disgusting visuals including blood spurt from a neck wound and a putrefying corpse; generally, this film is fairly restrained

0/10 : Stuffy attitudes aplenty, but no profanity

3/10 : Some sexually suggestive content and a tastefully shadowed love scene; sadly, no nudity to speak of

7/10 : Very intriguing since its most atypical compared to the vast majority of vampire films out there

Captain Kronos – Defender of the Weak: ” To make sport of a physical affliction is both impolite and cruel. After all, I wouldn’t dream of calling you Rat Face…or Fatty…or Big Mouth…”