“DID YOU HAVE A SCARY DREAM?” THE TRILOGY CONCLUDES IN RETURN OF DAIMAJIN

See the or at Amazon

Pros: Gorgeous photography and stunning locations; more fantasy-like than others in the series

Cons: By this point, the Daimajin formula is extremely predictable; special effects not quite as good as in the previous films; geared more towards children

NOTE: The confusing titling of the English releases of the Daimajin films makes it very difficult to distinguish between the three series entries (the second and third films in the series often have their titles switched depending on which distributor handled the films). My review of Return of Daimajin covers the third film in the trilogy – the narrative of which mainly revolves around a quartet of young boys.

Final film in the series of period pieces about the giant stone statue of a god named Majin who comes to the rescue whenever the people who worship him are threatened, 1966’s Return of Daimajin takes place in feudal Japan and deals largely with four young boys who go on a journey through a dangerous mountain path in an attempt to rescue family members who have been enslaved by the obligatory evil warlord. While the previous two Majin films (Daimajin and Wrath of Daimajin, both of which were made earlier in 1966 and based loosely on the Jewish legend of the Golem) existed more in the realm of samurai period dramas with a bit of sword-fighting and monster movie action thrown in for good measure, Return of Daimajin is more adventurous and fantasy-like, revolving around the boys’ trek through the rather inhospitable landscape. On this journey, the boys must navigate a treacherous river, survive in freezing conditions, and deal with a hawk that is a sort of protector of the mountain; the implausibility of the way this all plays out only adds to the mystical, almost dream-like atmosphere of the film. As might be expected, at some point during the film (i.e. the last fifteen minutes), Majin comes to life to seek vengeance against the evil warlords while also ensuring the safety of the boys and their families. 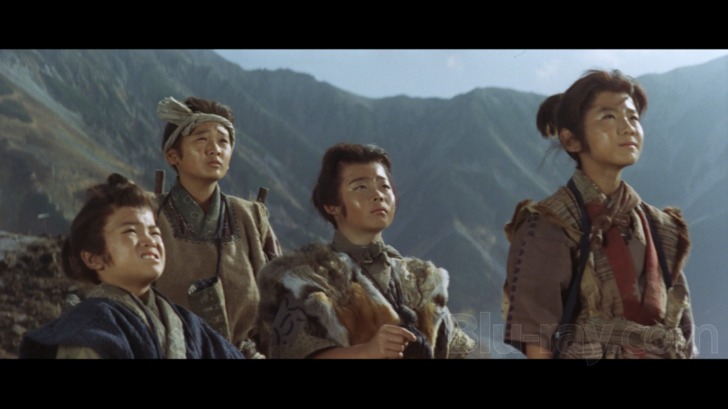 The tone of Return of Daimajin (which reminded me a bit of the type of action and story featured in the two Ewok Adventure movies made following the completion of the original Star Wars trilogy) is decidedly different from other films in this series, being quite obviously more geared towards children. Both the Gamera and Godzilla film series around 1966 were sinking into absurdity due to studio mandates that the films operate in a less serious, more juvenile manner, leading to such ludicrous films as Gamera vs. Guiron, Son of Godzilla, and a flick that may be the crème de la crème of hokey Japanese monster movies, 1969’s All Monsters Attack (a.k.a. Godzilla’s Revenge). Knowing this, I wasn’t all that excited about the prospect of the third Daimajin film heading down that same path, but even though the film does have some issues relating to its sense of flow and is downright goofy at times (particularly in the English dubbed version I watched), Return of Daimajin remained fairly focused on the task at hand and was certainly watchable.

Majin seems to be more agitated than usual in this third film.

Direction here was handled by Kazuo Mori who previously had made several films in the famed Zatoichi series about a blind swordsman. Mori’s film, like the one immediately preceding it, is very nice to look at, with sweeping outdoor photography that has a great sense of scale to it. This is especially true in scenes taking place at the mountain fortress that the enslaved villagers are put to work building. I also rather liked the downright strange locations in which some of the scenes here are filmed: the area surrounding the fortress is desolate and positively hellish, with billowing smoke rising from the earth and there’s also a “sulfur spring” that’s drenched in pukish shades of yellows and greens. Though it was clear to me that this film was hampered a bit by budget limitations, Mori does a fine job of making this production look “bigger” than it actually was.

Though the director does do his part to disguise this film’s shortcomings, his handling of the basic plotline has some flaws. It seemed to me that Mori was almost trying to juggle too many things: the story of the children on their journey through the wilderness, a subplot about the evil warlord and his ill-treatment of the enslaved villagers, and a wholly irrelevant substory about the boys’ parents being worried about them and eventually starting their own expedition. Much of the film focuses on the four boys, but the inopportune transitions linking their story with the other subplots are clunky and jarring. As much as there were many laughable elements in the story relating to the children (one boy’s constant repetition of the dim-witted youngest child’s name becomes extremely annoying – “Sugimo! SUGIMO!”), I would have rather the film concentrated its efforts on their story even if it sometimes becomes downright irritating.

Acting in the film is acceptable: nothing more. The child actors featured in the central roles here (Hideki Ninomiya, Shinji Hori, Masahide Iizuka, and Muneyuki Nagatomo) are frankly, pretty lousy, though the do boost the film’s “cute factor.” Aside from these characters, it’s difficult to piece together which actor played which part due to the foreign-language credits, but I did notice several familiar faces from other Japanese films. Generally, the cast does an OK job, but in the version I watched, their work was all but undermined by atrocious voice acting. Voice acting for the kids was sketchy enough (and plenty whiny), but especially poorly done was the voice of one definitively evil henchman who sounds like an Austrian body builder type – think early Schwarzenegger. The horrific dubbing and voice acting ensures that the film is frequently laughable, and the fact that the English language dialogue is none to conversational only adds to the schlock value, making this serious film fall more into the category of being “so bad, it’s good.”

As was the case in the earlier Daimajin films, composer Akira Ifukube wrote the music cues here which are at their best during a scene in which a delicate bell melody is heard, adding significantly to the serene beauty of the moment. By and large though, the music sounds remarkably similar (read: identical) to themes previously heard in various Godzilla movies. This was somewhat disappointing for me: I’ve always been a huge fan of Ifukube’s music, but to hear him recycling the same themes over and over is a bit sad. Special effects in the film are decent but rather few and far between, mostly confined to the final ten minutes or so. It’s clear that this movie didn’t quite have the resources that the previous entries in the trilogy were afforded and I wasn’t altogether impressed by what was here. That said, the effects certainly give the film a BOOM! POW! climax in which Majin rampages through a village in the midst of a snowstorm – pretty cool.

Majin – Friend to all children; still perennially pissed off.

In the end, I’d call Return of Daimajin a decent but unexceptional final entry in the series. Even if this flick has a lot of dumb elements to it, the unique approach undertaken here was appreciated considering that this is essentially a(nother) remake of the first film, and the superb photography and location work give this film a much-needed boost. Though this final entry is probably the least satisfying of the Daimajin series, I’d easily call this trilogy more consistent and more technically sound than the Gamera series of the same period – definitely worth a look for those who like monster movies or for curious fans of Japanese cinema in general.

Both the DVD box set from ADV films and Blu-ray package from Mill Creek contain all three Daimajin films (the original, as well as The Return of Daimajin and Wrath of Daimajin) in widescreen, with multiple language options. There are no extras included on either set.

3/10 : A few, relatively minor instances of bloodshed and some violence. I was also a bit surprised by the death of one of the heroic characters.

1/10 : Very minor profanity – some of which comes from the mouths of the youngsters!

Halfway through the film while searching for “the village people,” one boy discovers a new talent: “It’s a good smell…I have a special nose…I know it. 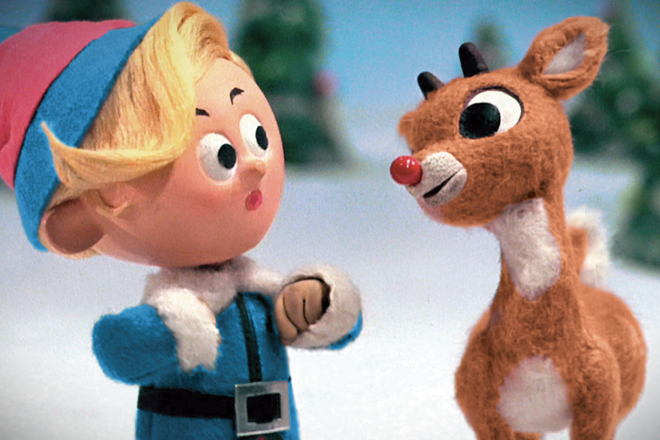