Cons: Lyrical content didn’t seem all that different from dozens of other rap artists

Showcasing motor-mouthed rap blasts heard over screechy and scratchy noise and sporadic instances of rhythm and melody, Los Angeles’ Clipping may be one of the most unique groups currently working in the hip hop scene. MC Daveed Diggs’ vocals more often resemble an intense spoken word performance than the typical rap vocal part, and (music) producers William Hutson and Jonathan Snipes provide some of the most strange musical/sound accompaniment a listener would ever hope to hear in a hip hop-type track. These two previously were known for their work in the power electronics scene (which, to most people, would sound like straight-up, nearly unbearable noise), and though they’ve somewhat toned down the excess of their experimentation for the Clipping project, the end result is that this group sounds like no other rap artist I can readily think of, sounding vastly different from what most people would be accustomed to or honestly, would have an interest in listening to.

Clipping debuted in 2013 with an independently produced and released album called . This work established the group’s basic sound, unleashing furious verbal assaults and ear-splitting sonic experimentation. Shortly after midcity’s release, Clipping signed to the venerable Sub Pop label (perhaps known more for their indie rock and grunge releases – the label was the first place Nirvana landed in the late 1980s – though they’ve built up a solid repertoire of hip hop groups as of late) and set about work on their major label debut. Produced and released less than a year later, 2014’s clppng signaled a slight change in the group’s aesthetic. I’d almost be inclined to say that Clipping have become slightly more accessible on their 2014 release: there’s more here than was on their debut album that I could definitively label as being somewhat tolerable to mainstream hip-hop/rap music fans. That said, clppng still numerous some definitive weirdo moments and elements – it’s generally extremely minimalistic and has not on one thing that I would remotely declare as being “catchy.”

The group at work.

In reviewing midcity, I pointed out that one of my major issues with the release was that although Clipping had a distinctive sound, it was disappointing to me that Diggs and the gaggle of guest vocal performers seemed to utilize the same sorts of subject matter that the majority of today’s rap artists focus on. Namely, the album was overloaded with profanity, crude sexual content, drug references and violent imagery: not for the faint of heart.  I can appreciate music that’s hostile for the point of getting a message across (after all, older hip hop and rap artists used this technique to express frustration with the world around them) but I don’t typically get into more modern hip hop that just seems to be angry or downright violent just for the sake of being angry and violent. I’m also not at all a fan of rap that features the artists simply boasting about the things they’ve done or stuff they have. I guess my main feeling about Clipping is that for an group that (judging from the uniqueness of their sound) seems to be trying to do something legitimately different from the typical hip hop artist, I would have expected more from the lyrics here. There’s a definite “street poetry” to them, but the lyrics don’t strike me as making a grand statement: among other stanzas, the “twerk some girl…twerk some girl” chorus Diggs goes into during second track “Body and Blood” indicates to me that what we have here is the usual batch of sketchy club rap glitzed up in a shiny (and rather bizarre) new package. 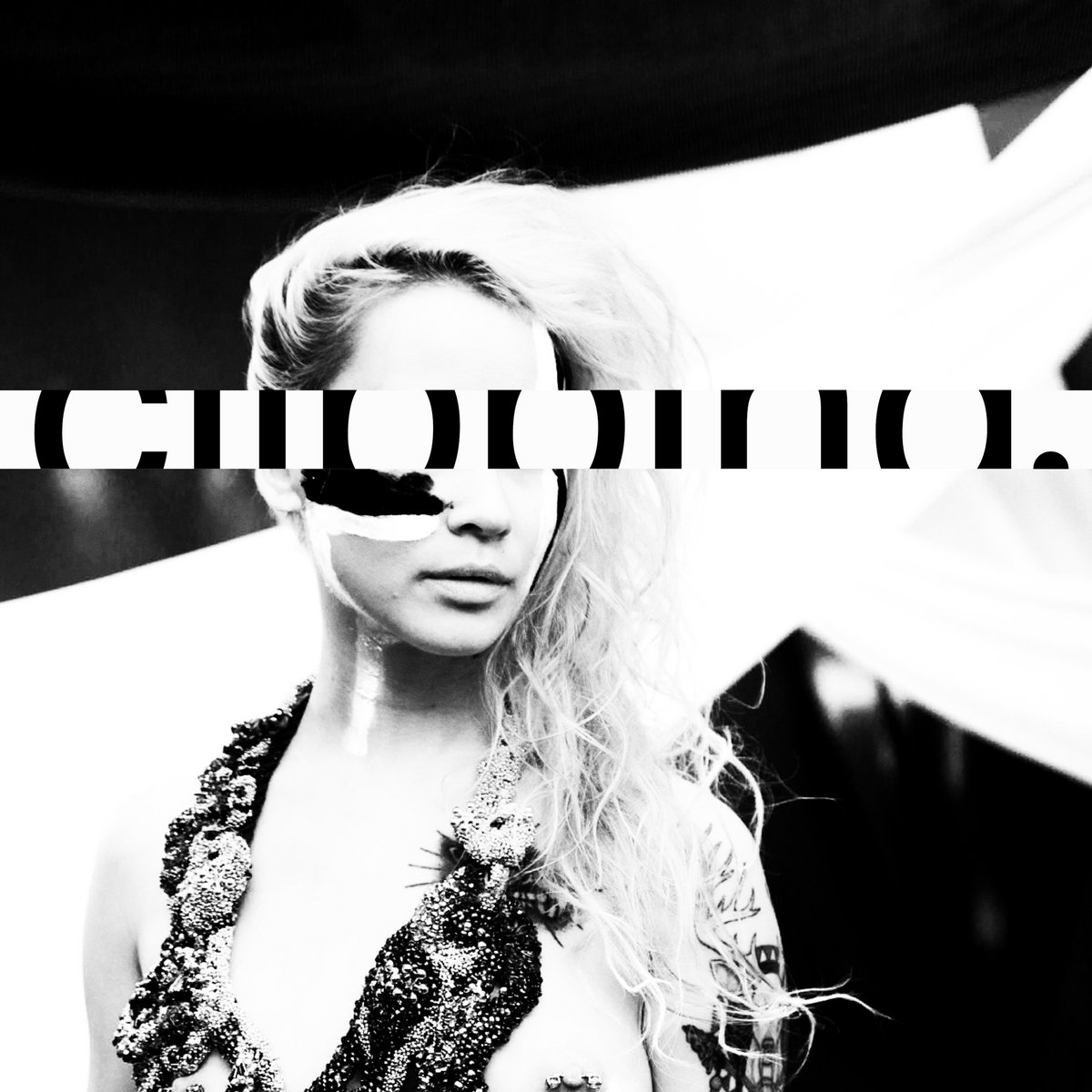 Artwork used on the group’s albums has a certain aesthetic to it.

Me not being the biggest fan of rap music in the first place and tending to like older hip hop artists a lot more than newer ones (part of the reason why I don’t listen to more of this music in general) might explain why I wasn’t overly enamored with the lyrics here. I can still respect Diggs’ ability to spit out concise rhymes at a pace that’s difficult to keep up with: the guy definitely has mic skills and his enthusiastic approach to the material meant I was generally intrigued by his rapping even if I didn’t completely appreciate its subject matter. What’s more likely to throw off the typical listener are the sound that accompany these vocals. Occasionally (like on the aforementioned, very dark-sounding “Body and Blood”) Hutson and Snipes craft sections with discernible, pounding rhythms, and there are even hints of melody in a few of the various tracks here. Individual sections of songs (the robust childrens’ chorus in “Dominoes,” the fluttering keyboard melody of “Tonight”) boast some fine, complex sound design but taken as a whole, clppng seems very sparse and almost barren – there aren’t many “hooks” to be found and the average track is made up mostly of seemingly unrelated sound effects. I really can’t fault the production on this album since Hutson and Snipes do a nice job of making oddly cohesive backing tracks out of this mess of sound elements. The alarm clock tones used to construct the instrumental back-up track in “Dream” is undeniably well-done and pretty clever, even if it is irritating to listen to – and maybe that fact sums up the album. Purposely harsh and abrasive, the music does frequently seem appropriate given the tone of Diggs’ rapping, but would appeal about nothing to most fans of modern hip hop…or most listeners period. My ultimate question is to inquire just what Clipping as a group are/were going for with their music – it wouldn’t (in my opinion) work in a club setting and I simply don’t think many people would honestly enjoy listening to this material. So what do we have here: the beginnings of the art rap movement? 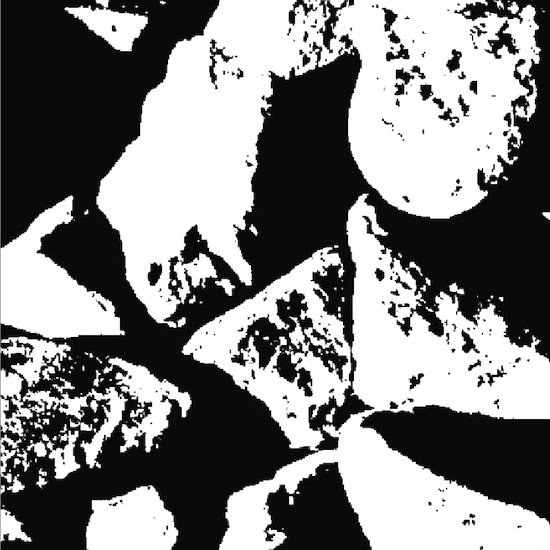 If I could label an audience for this release, it might be most appreciated by those who enjoy freeform poetry or spoken word: the “musical” elements here don’t add up to much, and mainly serve as an atmospheric backdrop for the vocal performances. Thus, the entire album is one that I don’t really see as having a ton of replay value even if some people might really get into and “feel” the lyrics here. I have a ton of respect for any musical artist willing to think outside the box: that’s ultimately how new and exciting music comes about, but at best, I’d have to label the Clipping project as being a flawed experiment. Granted, I think this flawed experiment has value (it’s certainly more interesting than many of the ridiculously generic and “vanilla” pop albums out there), but I could almost see it as being an “emperor’s new clothes” scenario in that people would rally behind this group just because it’s different, not necessarily because it’s outstanding. I’m giving clppng a middle-of-the-road rating: it may be worth listening to just for curiosity’s sake alone (maybe – just maybe – some people would really like it), but I personally wouldn’t classify this as being among the year’s best recordings.