PICKING UP THE PIECES AFTER THE RAPTURE: HBO’S THE LEFTOVERS

THE LEFTOVERS on HBO

Cons: Perhaps not as initially POW! as other HBO shows

It’s strange to think that a premium cable channel once known primarily for its lineup of feature films is now regarded more for its captivating television series, but Home Box Office (or HBO) circa 2014 is much more interesting for its original programming than for any of the theatrical productions it airs. As several of its long-running series wind down (2014 will be the final season of both True Blood and Boardwalk Empire), HBO has unveiled a couple of new programs loaded with potential, including the highly-acclaimed and positively enthralling True Detective, a “Southern Gothic” which ran through its eight episode first season in early 2014, and The Leftovers, a mysterious drama that premiered in late June.

The Guilty Remnant in action: what role will this strange cult-like group play in the ongoing plot?

Dealing with a small community in New York State attempting to deal with the aftermath of a Rapture-type event (and having clear parallels to a post-9/11 reality), The Leftovers, like most of the HBO programs, chronicles the lives of a variety of interconnected characters. The pilot episode of the program starts off with a brief but rather impressive depiction of the “rapture” itself, a moment occurring three years prior to the main body of the series, in which two percent of the world’s population instantly vanished into the unknown. This disappearance of apparently random people has prompted much speculation in the years since the event about what exactly did happen: as one barkeep points out during the pilot, while he can understand why the Pope would “depart” the earth during this event, he can’t quite wrap his head around why “Gary f—king Busey” would be chosen.

In small Mapleton, New York, police chief Kevin Garvey is one of the people left to try and make sense of this “brave new world” of sorts. Garvey’s wife, Laurie, has left him and joined a very shadowy doomsday cult-like group called the Guilty Remnant (whose members refuse to speak and mainly smoke cigarettes all day as part of their belief system), while his daughter Jill is having problems coping with her day-to-day life. Garvey’s son Tom is equally estranged from his father and has hooked up with an oracle figure named “Holy Wayne” who proclaims to have some sort of healing ability which he’s been marketing to government personnel. Another relatively major character is a woman named Meg (played by Liv Tyler) who’s about to be married, but is having second thoughts – especially after it becomes apparent that she is being stalked by members of the Guilty Remnant. 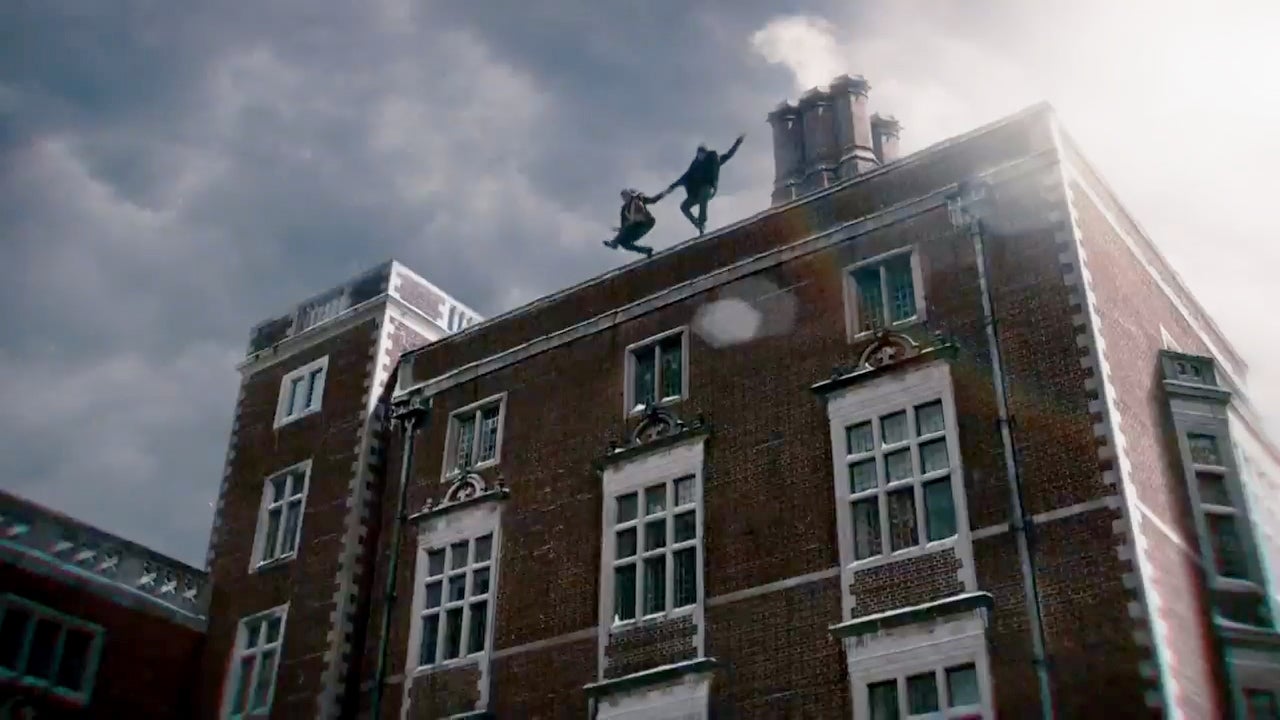 The pilot episode (taking place around the three-year anniversary of the mass disappearances) introduces the main storylines involving all of these characters and a few peripheral ones, and focuses perhaps most notably on the efforts of the slightly abrasive mayor of Mapleton in organizing a so-called “Heroes Day” to remember those lost in the departure event. This doesn’t sit well with Garvey, who anticipates that the members of The Guilty Remnant will show up causing problems with the townsfolk – in general the whole “Heroes Day” concept is met with skepticism by many of the characters. Meanwhile, Garvey is also dealing with bizarre encounters with a sort of “mystery man” who first makes an appearance in the series by (apparently) randomly shooting a stray dog, while Tom and Jill respectively have to conquer their own inner demons, most of which revolve around the fact that their mother (for all intents and purposes) abandoned them.

Like many television series these days, The Leftovers is perhaps best in its ability to slowly unravel its various enigmas. In the opening episode, we ever so gradually learn the relationships between the various characters – and its only the end of the episode that finally reveals that Laurie, who we’ve been seeing throughout the episode, is actually Kevin’s estranged wife. This pilot also gives us just enough information about both “Holy Wayne” and the Guilty Remnant sect that I imagine most viewers would be intrigued, but a viewer would have to stick around and watch additional episodes to really begin to understand most of what’s going on in the evolving plotline. It might go without saying since HBO original shows usually do a wonderful job of “hooking” a viewer, but the Leftovers pilot episode ends with a very perplexing conclusion that’s indicative of the fact that there’s more going on with both Garvey and the “mystery man” than we might have thought.

Judging from images like this, I would expect the series to get plenty intense at some point…

Per usual in HBO original series, acting in The Leftovers is pretty outstanding, with Justin Theroux (who, appropriately, appeared in a couple David Lynch movies including Mulholland Drive) starring as the disillusioned and frustrated Kevin Garvey. Amy Brenneman (known for her appearances on NYPD Blue in the 1990s) is pretty captivating as Garvey’s quite possibly disturbed wife Laurie. The actors certainly do a fine job of relating their characters’s anguish, and Chris Zylka (as son Tom) and Margaret Qualley (as daughter Jill) turn in their own solid support work. If I could be critical of one thing in the writing of Damon Lindelof (responsible for the TV show Lost, a fact which may give a viewer some idea of what to expect here) and Tom Perrotta (on whose novel the series is based), it’s that the whole dysfunctional family angle of the story is far too predictable and almost par-for-the-course in television series of this nature. Of course the daughter is going to get into trouble with drugs and sex while the son ignores his father’s phone calls to his own detriment – nonetheless, I was intrigued by the quiet near-mysticism that seems to surround both Kevin and Laurie. There are some interesting pseudo-religious ideas in this series for sure.

Direction in the pilot episode was handled by Peter Berg, who’s had an up-and-down career as a feature director (on the plus side, 2004’s Friday Night Lights; not-so-hot was 2008’s Hancock or 2012’s Battleship – groan!). Berg’s handling of this material seems a bit more assured, with several really cool, jarring flashback sequences that literally grip a viewer. Berg also does a nice job of adding poignancy to certain scenes – the “Heroes Day” parade sequence, for instance, is handled very well, right down to the almost obnoxiously cheesy speech presentations that are the culmination of the day’s ceremony. The atmosphere of this opening episode is quite mysterious, the whole program imbued with a slight sense of dread and foreboding – this seems quite appropriate considering the subject matter. Max Richter’s music score (a combination of recognizable popular songs and elegant piano-based themes) fits the mood very well. I especially liked that during a few of the more violent scenes, Richter uses soft, gentle melodies to contrast the chaos – a very effective technique that actually (contrary to what one might think) makes the violence all the more shocking.

A statue dedicated to “victims” of the mysterious rapture event at the series’ center – what really happened here?

I should say at this point that The Leftovers has some rather extreme sexual content (though no nudity to speak of) in the pilot as well as some eye-popping violence and rather colorful language. It probably wouldn’t be appropriate for overly sensitive or younger viewers, but it’s perhaps not as potentially objectionable as some of HBO’s other programs (at least at this early juncture).

At the end of the day, The Leftovers pilot episode did exactly what I would have expected. Ambiguous since it reveals just enough information to whet a viewer’s appetite (a fact which will undoubtedly frustrate many viewers looking for ANSWERS – NOW!!), it definitely got me interested in the storyline, and I’m rather looking forward to seeing what happens in later episodes. This program is perhaps a bit more gritty and less stylized than other HBO shows like True Blood, but it certainly has a story that would lure in viewers. This pilot didn’t provide the crack in the gut that the opening episode of True Detective did, but given HBO’s previous track record for outstanding original programming, I’d be shocked if The Leftovers didn’t pan out to be above average in the long run. Ultimately, we’ll have to see how everything works out, but I’m calling this show worthwhile based on this first episode.