ROOMS OF THE HOUSE by La Dispute

Cons: Emotionally devastating; some people might not appreciate the vocal work

Formed in 2004 in Grand Rapids, Michigan, La Dispute has been described as making music in any number of genres ranging from post-hardcore and screamo to progressive rock and even spoken word, and one thing a person can take away from that is the fact that this band has a unique sound compared with a lot of music out there. I’d be the first one to admit that I have a love-hate relationship with most of the bands that could be classified as being “screamo” groups – i.e. hard rock outfits perhaps most similar to either hardcore punk or even some heavy metal which features “emotional” lyrics that are (ferociously) screamed over the often-grinding instrumental parts. Many of these groups (such as Sonny Moore a.k.a. Skrillex’s first band From First to Last) just seem to grate on a listener’s nerves – they strike me simply as being obnoxious, not as having anything important to say. Personally, I’d typically prefer a noticeably more musical brand of emo music such as that made by groups like American Football, Owls, Mineral, or Sunny Day Real Estate. 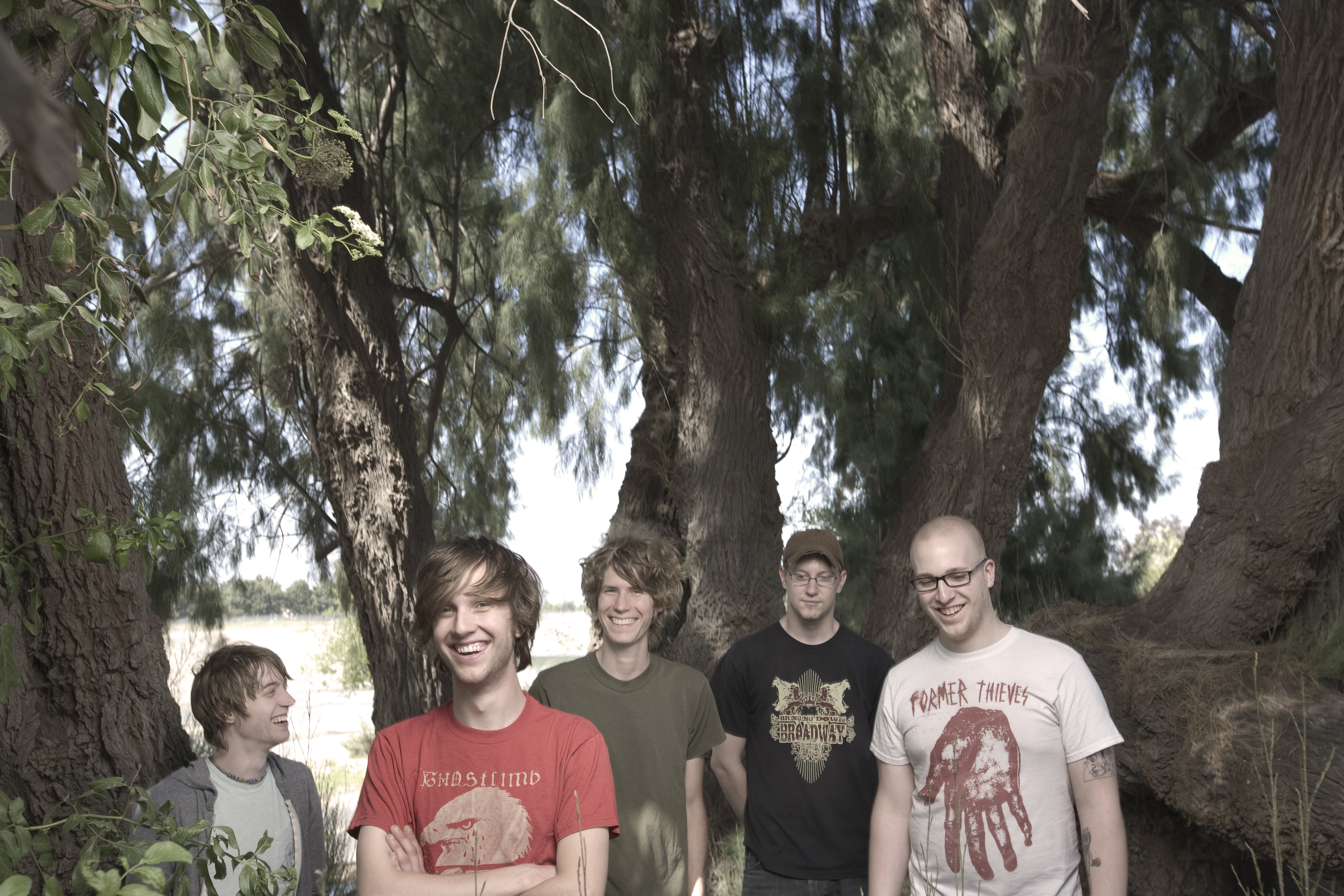 Funny how, I dunno, SUNNY this image of La Dispute is…

Having said all that, I can’t deny that La Dispute’s often jagged and jarring music is extremely compelling despite the fact that its quite harrowing and downright distressing to listen to. Made up of multi-instrumentalists Chad Sterenburg (who mainly does guitars), Adam Vass (mainly bass), and Brad Vander Lugt (drummer) who perform various instrumental parts and occasional backing vocals, the main focus of La Dispute’s music is the lead vocals of Jordan Dreyer. Dreyer’s performance during most of the band’s songs could perhaps most easily be labeled as being spoken word: he doesn’t so much sing his lines of lyrics as much as recite them at various levels of intensity, and his dynamic range is pretty incredible. The vocals literally can go from a whisper to a shout in seconds, and it appears that most of this is done “live,” not through production magic that enhances what Dreyer is doing on his own. Telling complicated, intensely personal stories, one can immediately determine that the lyrics of these songs have deep meaning to the vocalist, and I find myself getting wrapped up in the commanding poetry at work – Dreyer has been quoted as saying most of the inspiration for his lyrical style comes from classic literature instead of other musical groups – he’s listed, for instance, Dostoyevsky, Vonnegut, and Nabokov as influences.

2014’s Rooms of the House, released on the band’s own Better Living label, is La Dispute’s third full-length release, following 2011’s powerful Wildlife. For me, Rooms sounds like a more mature effort than this group’s previously releases – it’s certainly less instinctively angry and aggressive than the band’s 2008 debut album – but a pervasive sense of misery and unease means that it probably won’t be to everyone’s taste. This downbeat mood is instantly apparent in opening track “Hudsonville, MI 1956,” which starts off with a unsettling, clanging guitar riff and quiet spoken word vocal. Though it’s easy to get caught up in the pounding musical accompaniment and rhythmic changes that hammer home certain lines of lyrics, if one focuses on the words, it appears to be about a furniture maker having a mental breakdown after his son and wife leave him alone in the titular town. Loaded with imagery that gets a listener into the mindset of this distraught character, parts of this song (such as a section where the lonely man goes down to the basement and examines his workbench) almost give me the chills. Second track “First Reaction After Falling Though the Ice” is sort of self-explanatory, but taken in context seems to be a reflection of the same man on the fact that he can no longer trust anything or anyone around him. Musically, this track is a bit more lively, though the chord progression still sounds plenty gloomy. Dreyer’s punctuated vocals, with sections suggesting both inner reflection and utter hopelessness, work perfectly in context, lining up at key moments with the outbursts of guitar and rhythm.

“Woman (In Mirror)” offers a major change up to the intensity of the opening tracks, a more gentle piece with a throbbing bass drum beat and wispy electric guitar tune. Dreyer’s voice is more conversational here, and the lyrics discuss an (obviously long gone) love interest though the song is suggestive of a process of moving forward after feelings of heartbreak. “Scenes from Highways 1981-2009” has (as might be suggested by the title) a more prominent and energetic beat as it tells a genuinely epic tale of love and loss being recalled during a highway drive, while the somewhat unfortunately named “For Mayor of Splitsville” is actually more literate (and devastating) an examination of post-relationship mental states than one is likely to find in any dozen emo or screamo albums: a definitive bravura moment on an album that’s full of them.

Probably one of the most amazing things about this album is the sheer amount of lyrics that are heard in the songs here. This album is only forty minutes and eleven tracks long, but Dreyer rips off lyrics in much the way one might expect a classic, motor-mouthed rap artist to. In an era where many artists seem to subscribe to the idea that less lyrics (or maybe I should say “more simple ones”) are the way to go, this band achieves a level of greatness by having descriptive and evocative lyrics that grab a listener by the collar and scream authenticity. It’s actually refreshing to listen to music like this in the context of banal popular music, and the sparse and flat-out haunting “35” is the perfect example of how attention-grabbing La Dispute’s music can be. The song is fairly simple compared to many here, but when a more calm Dreyer starts reciting a laundry list of middle-class worries while a gorgeous guitar duet strums in the background, this track achieves a startling, serene beauty that’s a sharp contrast to what most other post-hardcore bands are up to with their music.

Rooms of the House works through a nice progression of tracks in its last five, with the more aggressive “Stay Happy There” (at times, the most loud and most “screamo” track here) leading into the somewhat sinister “The Child We Lost 1963” that reminds me a bit of Slint’s brand of unsettling indie rock. “Woman (Reading)” shuffles along to a faster tempo and has a calming effect on a listener at this point of the record – until a big moment of emotional release and collapse during the climax of the song. “Extraordinary Dinner Party” is a mostly pleasant recollection of a “snow day” and its seemingly trivial (or are they?) events and the melancholic closing track “Objects in Space” has the narrator lamenting over nostalgic objects laid out around an empty house following the conclusion of a relationship. Heard over a laid back brush-stroke drum beat and twangy guitar lick, the vocals here are very low-key and conversational; there’s no attempt to really “perform” the lyrics. Instead, the song plays like a poem being read rather unemotionally, which actually has the effect of making the track more poignant and affecting, forcing a listener to pay attention to what’s being said – and what’s left unsaid. Ultimately, this is an ideal, precisely understated way to end this emotionally-affecting album. 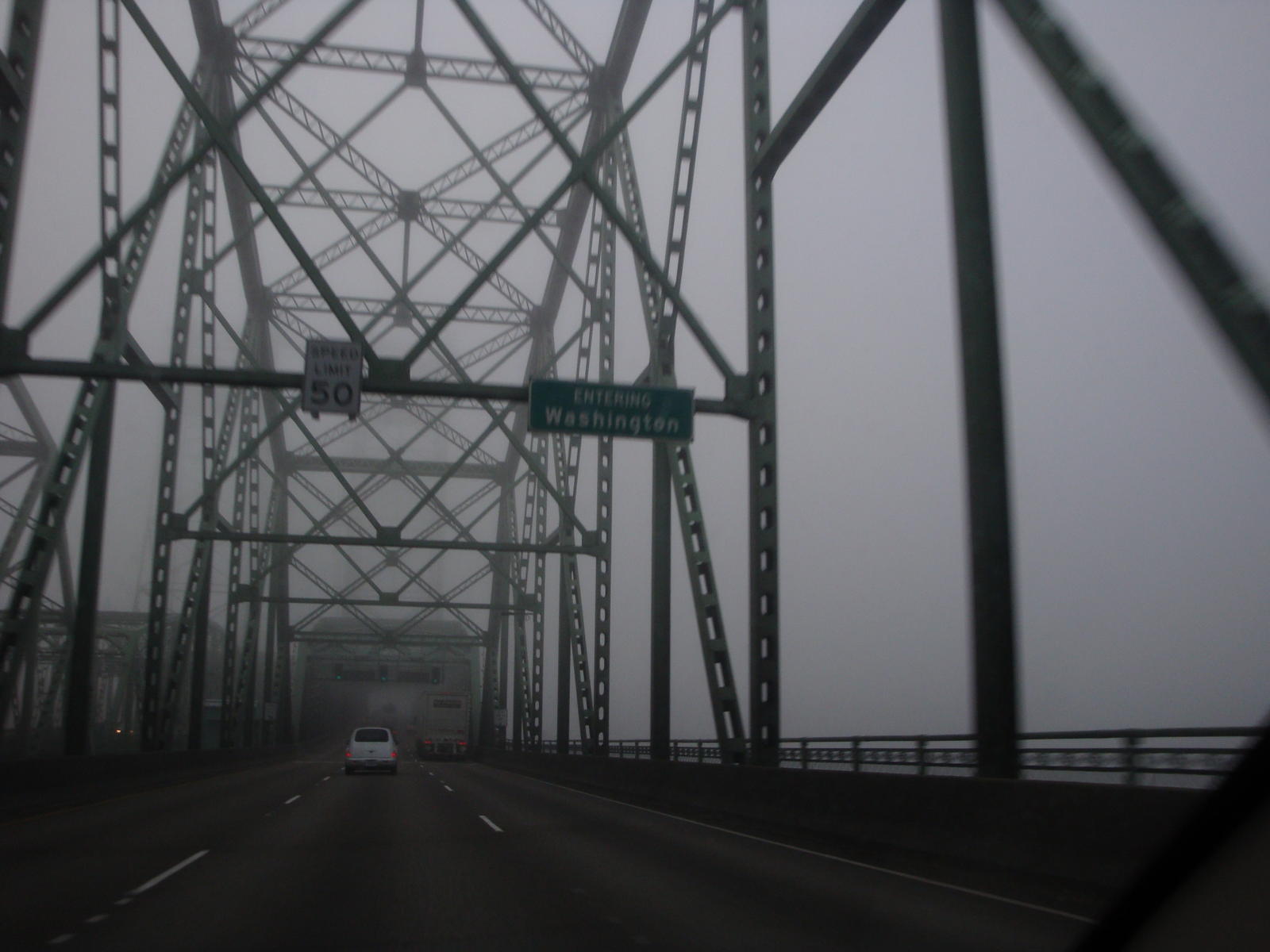 Having been completely unfamiliar with La Dispute prior to listening to Rooms of the House, I’d have no problem calling this band one of my favorite musical discoveries of recent times – or calling this 2014 album one of the absolute best things I’ve heard this year. Though I was pretty big on emo and post-hardcore about ten years ago, I haven’t listened to much of this type of music recently and I was surprised by how much I enjoyed this album. Many of today’s musical groups can come up with winning music that’s fun to listen to, but I’m much more appreciative of an album like this that’s more artistically-minded and emotionally satisfying. Rooms quite simply is superb from start to finish, standing as a definitive creative statement when taken as a whole. Though the music here is wonderfully performed, both in its louder moments and quieter ones, the lyrics and vocals of Jordan Dreyer are the star of the show. He’s a fantastic storyteller, and even though the themes discussed are very solemn and gloomy, I can’t help but be fascinated by the imagery and rich detail in his words. My highest recommendation; even if this album simply won’t be something everyone could get into, I’d advise interested listeners to give it a shot.

“For Mayor of Splitsville” Music Video: