PERFECT EDUTAINMENT, BUT NOT WITHOUT FAULTS, THE ’90S: THE LAST GREAT DECADE? SERVES ITS PURPOSE

THE ’90s: THE LAST GREAT DECADE? on National Geographic Channel

…and with this, America was sold on the guy.

Perhaps the most outstanding thing about this series is that National Geographic has secured a vast amount of video footage that accurately chronicles and nicely depicts the events examined during this program. Thus, a viewer who lived through the 1990s will revisit some of the iconic events and images of the decade, while a viewer who’s perhaps not as familiar with the time period would get a fairly comprehensive “crash course” in the decade’s history. Editing during the program is crisp and vibrant and the show is quite captivating to watch both for its information and the visuals it showcases. While the archival footage is screened, various celebrities (journalists, actors, comedians, and quite often the actual people involved in the events covered during the program) get a chance to provide observations and perspective on the subjects covered. The program also does a fine job of using period music to get its points across since some of the most recognizable ‘90s tunes make an appearance on the soundtrack.

With the gift of hindsight provided by twenty years worth of time since the events in “Great Expectations” took place, it’s more possible for this program to shed light on topics that (at the time in which they occurred) were not totally understood or hadn’t quite played out completely. It also seems as though the producers of this program decided on a few major talking points to hit upon, thus, events like the 1992 Los Angeles riots and 1993 bombing of the World Trade Center are seen less as individual occurrences than as parts of a bigger sequence of events that extended past the end of the decade. “Great Expectations” (and I would suspect, the rest of The Last Great Decade series) makes a point to discuss the changing American perspectives on race, sex and sexuality, concepts of celebrity, and notions of entertainment. Events like the Clarence Thomas hearings, Clinton sex scandals, and Rodney King beating would ensure that popular viewpoints on these issues would change over the course of the 1990s (and beyond) and ultimately, lead us to the rather permissive, (apparently) reality TV addicted society in which we live today.

As enjoyable as the 80s: The Decade that Made Us program was for me, it really is this program about the 1990s that spoke to me more on a purely nostalgic level – after all, I went through my formative years in the ‘90s. That said though, I found that The Last Great Decade? wasn’t as fun to watch as the previous National Geographic special. The ‘90s seemed to be all business, as if it’s main goal was to present a clear thesis (or a series of thesis statements) rather than just provide a fun trip down memory lane as the show about the 1980s seemed to do. There’s much less focus here on random bits of trivia – instead, there’s a tendency to connect the topics discussed with “bigger picture” observations about changing societal values. One could easily argue that these changing mores were perhaps the biggest story of the 1990s, so the focus on this idea perhaps isn’t all that surprising or unjustifiable.

Considering the rather “happy go lucky” approach of The Decade that Made Us (and the generally warm and fuzzy feel of programs like VH1’s I Love the ‘90s), one might have expected The Last Great Decade? to be another bright and cheerful presentation. That simply isn’t the case here though – this program offers up a viewer discretion warning and a TV-14 rating and earns it with some rather graphic language and scenes/descriptions of violence. It’s tempting to ponder whether the 1990s were actually a “worse decade” which has resulted in a comprehensive view of the time that’s more dark and disturbing, but in actuality, I’d probably say that both the ‘80s and ‘90s had their ups and downs (as did any other period of time in human history). 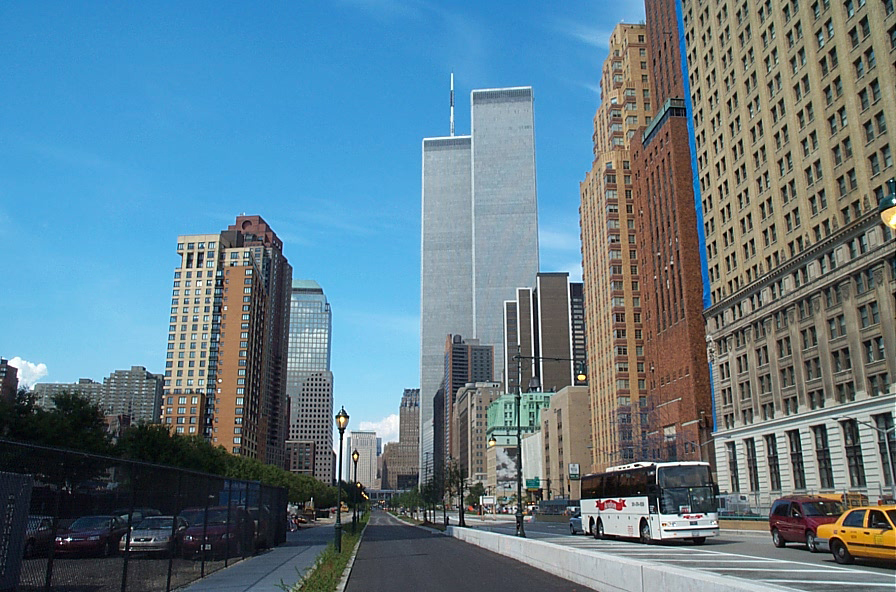 I’m also not sure that I completely buy the program’s assessment and/or argument that the 1990s were “the last great decade.” The program itself (like many of this nature) seems to subscribe to (and substantiate) the belief that the 9/11 attacks have fundamentally changed life as we know it (“Great Expectations” ends in a knowing manner with panoramic view of the pre-9/11 NYC skyline). To some extent of course, the world has changed following the 9/11 terror attacks, but I feel this notion has also been overstated to the point that some people have begun to believe the war on terror is the only problem of modern society, to the detriment of every other social concern. Much in the manner one can’t propose certain commentary about issues of race however, it seems to be “politically incorrect” (or in this case “unpatriotic”) in the mindset of some people to make any statement critical to the ongoing/never-ending war on terror. Since I don’t want to continue harping on about the subject (or get myself in trouble), I guess my final statement is that I’m not entirely surprised that, in an effort to appeal to the vast majority of viewers, National Geographic wouldn’t go out on a limb with regard to these topics, instead choosing to “play it safe.”

A final problem with this program (which again, may be unsurprising considering the above discussion) is that The Last Great Decade? adopts an almost entirely American-oriented point of view. I suppose on some level (considering the program about the 1980s was directed to “us”) that this series is designed to be viewed by American audiences, but in ignoring world history to some extent, the program seems a bit irresponsible or at least incomplete. Considering that programs like this would be the only historical programming some viewers would see in this or any given year, this tendency seems a bit dangerous to me – especially given that so much of the program is directly related to celebrity/pop culture. Fascinating subjects though they are (in their own way), Lorena GULP Bobbitt, Anna Nicole Smith, and Vanilla Ice (to name but a few) in my opinion don’t really have all that much to do with the bigger picture of the development of the human race.

Ah, but although I can nitpick to eternity this (or most other) supposedly historical, educational programming, The ‘90s: The Last Great Decade? is fine for what it is: enjoyable edutainment dealing with modern American history. It’s not the “be all, end all” discussion of modern society, nor does it chronicle every event that one might like in a responsible, well-rounded manner, but it would please the vast majority of viewers and perhaps even “learn them something.” For viewers who lived through the ‘90s, this would be a trip down (a not always pleasant) memory lane while providing some food for thought with regard to how our society fifteen years on has turned out, but I’d say it may be most worthwhile for those who weren’t around in (or don’t remember) the 1990s.