WE’RE SO INDEBTED TO THESE BIG HUNKS! 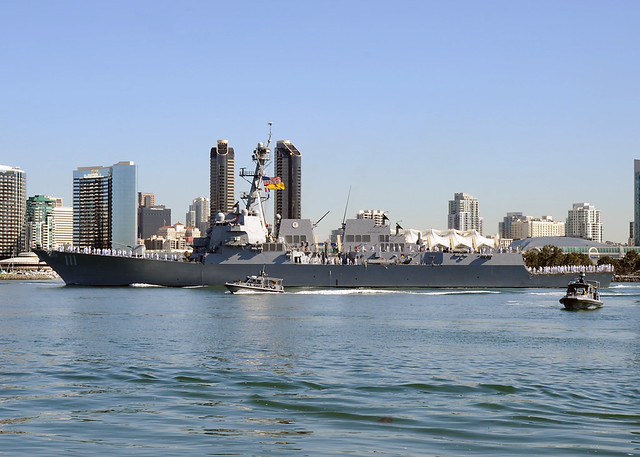 Pros: A fun, exciting and informative look at part of our country’s defense system

I feel I should be chanting “I’m late, I’m late , for a very important date” (cried the White Rabbit in Alice in Wonderland). This review is quite tardy considering Fleet Week (and Portland Rose Festival) are already in progress, but it’s an annual event, so you may want to put it on your 2015 vacation calendar, and well worth it.

*Note: Budget uncertainties caused by sequestration prevented the 2013 Navy ships from participating, but they’re back!

Fleet Week began in 1935 in San Diego, California. It’s initial purpose was to put battleships and other military vessels in front of the tax-paying public to  justify their immense expense. With one-hundred-fourteen warships, and four-hundred military planes in attendance, it must have been phenomenal experience.

Fleet Week is a tradition of the U.S. Navy, U.S. Marines, and U.S. Coast Guard branches of the US defense system. The ships and their crews are active military that have been recently deployed overseas, and are still on active duty.  The ships dock in various major US cities for one week ( hence Fleet Week). This allows the public to board the ships and take a look around – (restrictions cited below). This also allows the crews to spend time relaxing, enjoying food, entertainment, sporting events, music, and ‘friendly’ competition with other ships.

“We are honored to host a Fleet Week, one of six around the country. It’s very special to the organization (Portland Rose Festival) and our community embraces  Fleet Week. “

There have been five USS Charleston’s – aka as “Chuckie” and “The Chuck”.  She’s an amphibious cargo vessel that served in the Vietnam War and Desert Storm.

If you’d like to visit during Fleet Week please note the following restrictions before boarding a ship: