SURVEYING THE SPOOKY SIDE OF AMERICAN FOLKLORE: MONSTERS AND MYSTERIES IN AMERICA

MONSTERS AND MYSTERIES IN AMERICA 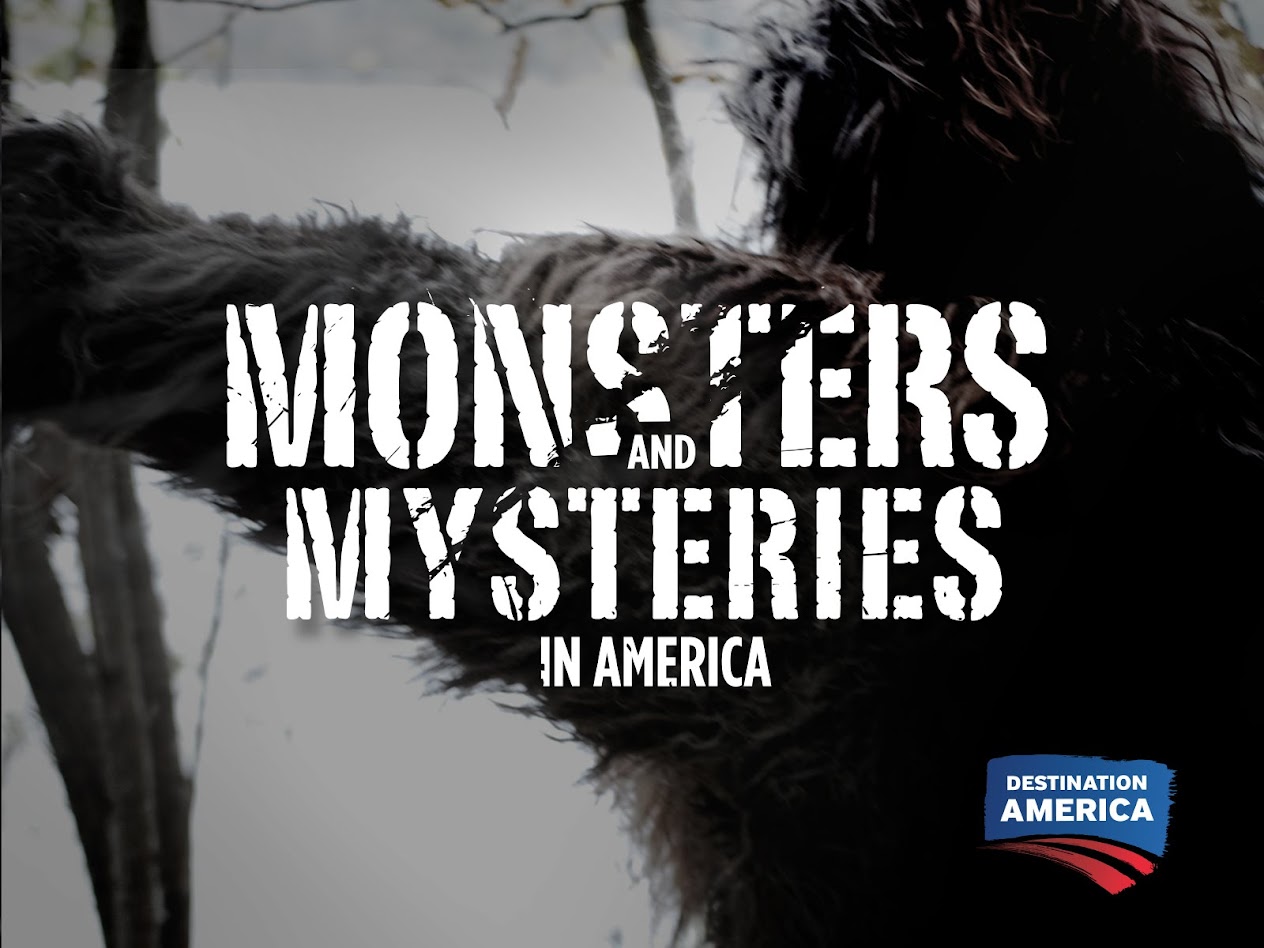 Cons: Doesn’t try and prove anything: this merely presents various myths and legends

Since the late 1970s, there have been a string of speculative documentary television shows that examine various mysterious phenomena from around the world. After programs like In Search Of… pioneered the genre, shows such as Arthur C. Clarke’s Mysterious World, Unsolved Mysteries, and Sightings would continue this type of programming, with a new series seeming to pop up every decade or so. By the 2000s, public fascination with monsters and the unknown was pretty well established, and by the end of the decade, more specialized types of programming were hitting the airwaves – Monster Quest and Destination: Truth for example focused almost exclusively on the hunt for unknown animals (or monsters if you like), while other programs (such as the endless variety of Ghost Hunter type shows) had their own specialties. Starting in 2013, the Destination America channel (home to the positively ludicrous Mountain Monsters series that’s like Finding Bigfoot for morons) started airing Monsters and Mysteries in America. This program examines a variety of unknown occurrences taking place in the United States, with each episode typically focusing on the myths and legends of one state or region.

After a six episode first season which took a virtual tour of the regions of the country (Appalachia, the Badlands, Ozarks, etc.) and the monster myths associated with each one, season two of this program began in December 2013 with a twelve episode run. This second season continued in much the same manner as the first, even if the individual shows didn’t declare that they were about specific regions of the country. In a similar manner to Dark Matters: Twisted but True, each episode of Monsters and Mysteries in America chronicles a trio of stories dealing with reports of monsters or strange occurrences. While many of the topics discussed in this series deal with cryptozoology (i.e. the study of unknown animals; basically, a fancy, scientific name for the study of supposed “monsters”), some focus on such topics as alien abductions or more supernatural types of phenomena.

Perhaps my favorite aspect of the program is the fact that, even if the show does cover some relatively well-documented incidents or stories like that of the , , or the tale of alien abductees , many times the producers go out of their way to feature stories that aren’t typically covered in these types of shows. Thus, things like the Pukwudgie, , and get an equal amount of airtime. Having been a mystery/crypto buff for decades, I like the fact I wasn’t previously familiar with some of these stories – a definite bonus after hearing and seeing the same accounts over and over again for years. Although some of these accounts seem almost inconsequential, it’s cool that this series “covers the bases” and examines a wide variety of topics, from Bigfoot to lake monsters, aliens to shadow people.

Running an hour in length during its broadcasts, each topic covered in the episodes is given about fifteen minutes of screentime. Eyewitnesses and persons who can corroborate their accounts typically narrate their story while recreations of the incidents (with actors portraying the roles) are seen. Following this, there’s some examination of any physical evidence relating to the case as well as some explanation provided by supposed experts or historians. I should mention that this show relies a lot more on artists’ rendering of any of the creatures and events discussed than on any physical or photographic evidence, which is a little disappointing. On the other hand, the program does do a superb job of making the recreations seem genuinely creepy. Presented in a very cinematic manner, these dramatizations are accompanied by special effects, spooky music and sound cues, and a palpable sense of dread. Though they are occasionally goofy, the recreations here are far and away better than those seen in shows like Finding Bigfoot and Monster Quest mainly because Monsters and Mysteries doesn’t over-rely on cheesy, computer-generated graphics.

Beware – the eyes of the MOTHMAN!

With so many similar shows already on the air and more which seem to pop up regularly, Monsters and Mysteries in America would have to do something special to really stand out from the crowd, and I think to an extent that this program does. As shows like Mountain Monsters and Uncovering Aliens have pushed credibility beyond the breaking point and stuff like Finding Bigfoot and Ancient Aliens have become so predictable and formulaic that they’re no longer very fun to watch, Monster and Mysteries in America has done the unthinkable: taken itself seriously. There’s no denying that some of the material in this show is ridiculous to the point of being unintentionally hilarious, but the tone of the program is (to its credit) refreshingly sober. I also have to say that the eyewitnesses in this program are usually pretty convincing in their descriptions and explanations and often seem to be genuinely affected by the process of recounting their story (“I’ve never seen the Lord Jesus Christ, but I have seen “). Whether what they say happened is true or not, one gets the feeling that most definitely believe they saw or experienced something unusual.

On the downside, the show’s creative staff makes no attempt at all to disprove any of the stories featured in the program. I can understand that this show is mainly there to examine popular (and not-so well-known) myths and legends, but when you’ve got a program making outrageous claims, it sometimes helps to at least try to make it seem like the people telling the story are credible. An episode I watched that dealt with the evil gnome-like was centered on a story told by what seemed to me to be a very enthusiastic (and potentially a bit, shall we say “eccentric”) older gentleman. To say I wasn’t convinced by his story was putting it nicely, and some accompanying video footage that supposedly shows a Pukwudgie lurking in a blueberry bush while a woman convulses on the ground as if she’s been possessed simply didn’t do it for me. Any of the “experts” interviewed about the topics featured in these episodes do little more than rattle off additional information supposedly known about the creatures/circumstances discussed; they don’t offer up many opinions or any sort of analysis. In the end, Monsters and Mysteries in America is very ambiguous, leaving it up to the viewer to sift through the information (and scant actual evidence) provided while sort of assuming that a viewer is of the “I want to believe” persuasion.

This program relies much more on stories and drawings than actual evidence of any type, which has its good and bad aspects.

I guess the best thing I can say about Monsters and Mysteries in America is that this show generally doesn’t inspire the usual “eye-roll and groan” response that most similar TV programs seem to provoke. The producers here don’t seem particularly interested in taking a real stand on any of the topics, instead, they provide information from the people who supposedly experienced or witnessed these events. Honestly, I like this ambiguous, “here’s the story; you decide” approach better than the “lets invent a monster whether it’s here or not” mindset that permeates shows like Mountain Monsters or Finding Bigfoot. Though Monsters and Mysteries is another program about the unknown that’s unlikely to ever present hard evidence supporting any of its claims, I’d call this the best of the current batch of monster-related TV programming.

Goofy? Sure, but this segment about “black-eyed children” is more than a little creepy: