EVEN WITH AN ENGLISH ACCENT, KENNETH BRANAGH IS WALLANDER 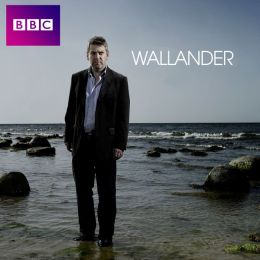 I love mysteries. I also love the work of Kenneth Branagh, best known for his Shakespearean films. Why it took me so long to put these two together and watch Wallander, I don’t know, but having seen the first three episode series I have definitely become a fan.

“Wallander” refers to Kurt Wallander, the gritty detective hero of Swedish writer Henning Mankell’s series of mystery novels. The books have sold madly worldwide (the DVD extras said that in Germany, Mankell’s books have even outsold Harry Potter) and the novels have been adapted for Swedish television and film, but the BBC version was the first time Wallander made it the screen in English.

Series One contains three episodes: “Sidetracked,” “Firewall,” and “One Step Behind,” all filmed on location in Ystad, Wallander’s hometown in Sweden. The beautiful Swedish locales add richness to each story, as does the creative camera work. But the real fascination is Branagh in the role of Wallander. The Swedes apparently got a good laugh out of the English way he pronounced “Wallander,” (the producers made a decision to Anglicize pronunciations) but nobody laughed for long. Branagh inhabits this role so deeply that you begin to worry about his health and sanity.

That’s because Wallander is a workaholic, often so consumed by his work as a detective that he forgets to eat or sleep. His need to solve crimes stems less from ambition or ego and more from a deep-seated desire to bring culprits to justice. Despite his years of experience, every murder seems to wound him at a fundamentally human level, leaving him raw. His brusque manner and short-tempered fuse seem to flow naturally from his quick thinking and his inability to see past the need of the moment, which means he’s good at offending both colleagues and suspects – and even, sometimes, the bereaved family members of suspects.

He’s not so great at dealing with his own family either. When we meet him in Series One, his wife of some years has left him and is seeing another man. His grown daughter, Linda (Jeany Spark) loves him and tries to get him to take care of himself, but her patience often grows thin. His father (the wonderful David Warner) is a talented and obsessive painter whose Alzheimer’s disease sometimes makes a further rip in the already damaged fabric of their relationship, though Wallander’s fumbling efforts to patch the material (in “Sidetracked”) are clumsily heart-rending.

If you’re used to seeing Branagh as a noble hero, you may find his earthy, exhausted Wallander something of a revelation. His Wallander manages to be both off-putting and heart-rending, sometimes simultaneously. It’s not just the disheveled clothes, the middle-aged paunch, and the unshaven face that will endear you to his humanity, but the gritty weariness he exudes as he gets closer to solving a truly heinous crime. And these crimes are really awful…dark and sinister and sometimes sickening (brief close-up scenes of violence are not for the faint of heart). Branagh’s masterful performance helps the viewer to understand that Kurt Wallander is a man coming apart at the seams but that he is being torn apart by the life he’s chosen, a vocation that he’s so good at that it’s hard to imagine doing anything else, even though the personal cost is high. In the second and third episodes of Series One, the stakes get more and more personal.

Creatively filmed, tightly written, and powerfully acted, the mysteries of Wallander Series One are suspenseful fare. As strong as the plots are, however, the most fascinating mystery is the mystery of Wallander himself.